The lights on the Burj Khalifa are just stunning. But that so typical over the top you see all over Dubai. It really is a stunning city :). I did quite a lot of photos from this spot, as I just setup my camera to do interval shooting and let it run during the whole light show. Will share even more later on.

This is a single exposure ecited in Lightroom and Photoshop. 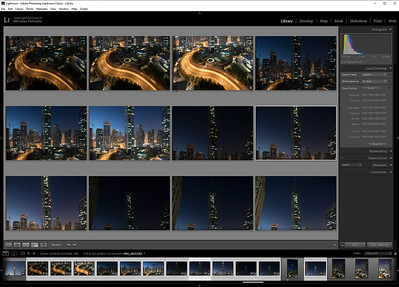 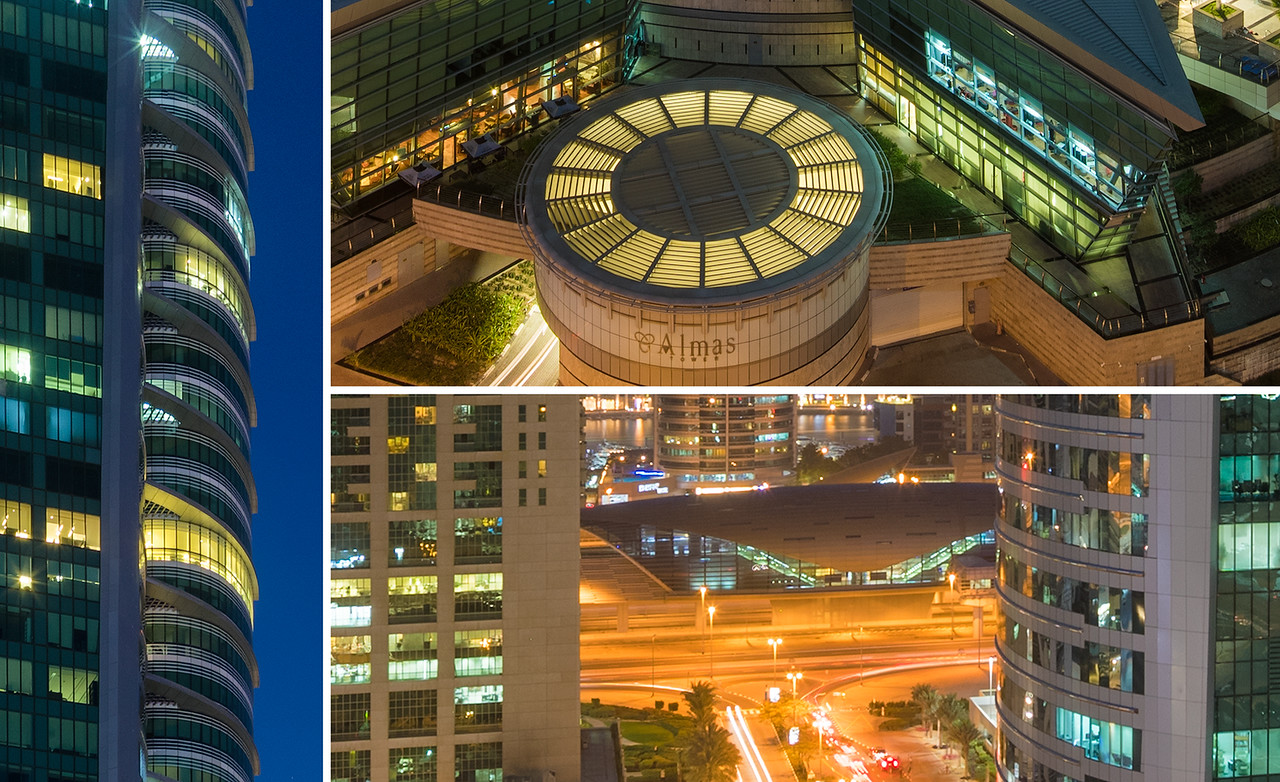 Flying over the Dubai Marina

If you plan to visit Dubai, don’t forget to check out my Top Photography spots in Dubai list :)

Flying over the Dubai Marina

While I was in Dubai earlier this year, one of the things I did was to take a tandem flight over the Dubai Marina. It’s only around half an hour, but the the experience is wonderful. The new view you get is just spectacular.

So I took this photo while sitting in a second paramotor and being very high up. For me this was the first time I had an experience like this. For a moment I though it will be scary, to just go up in a thing like this. But luckily, I don’t fear heights and I could enjoy the flight fully. If you can and are not scared I would suggest trying it. When I go back to Dubai again, I will go again for sure :)

I have a lot of photo from this flight, and I don’t like them that much. I used the 16-35 lens, and I’m not sure what happened, but most photo are out of focus. will have to redo it.

This is a single photo, edited in Lightroom and Photoshop

Looking up in Dubai Marina

Have not done a reading list in a while, so how about today.

I read only a single book in the last two weeks. It was the 12 Rules for Life by Jordan B. Peterson. It’s actually funny how this book reminded me of something in a play of the Cimerman theater in Prague. There they split smart people into two groups. Those who can’t leave a subject, and those who can’t stick to a subject. And the author of this book is a perfect example of the second group. You don’t pay attention for a second, and he is already on something else. While he usually go back, it makes for such a hard reading or listening.

Overall, some good points, and some quite stupid ones here, but worth a read.

Looking up in Dubai Marina

If I remember correctly, this part of the Dubai Marina, is the tallest block in the world. I wanted a photo like this when I visited Dubai few years ago, but then I forgot. So I took one this time. And I used the Laowa 12mm lens, to get as much in the shot as I could. I did had to crop it a bit in the end, as the lamps around me just made for a lot of flares. It’s funny how this gives you a feel of vertigo, even though you are looking up :) 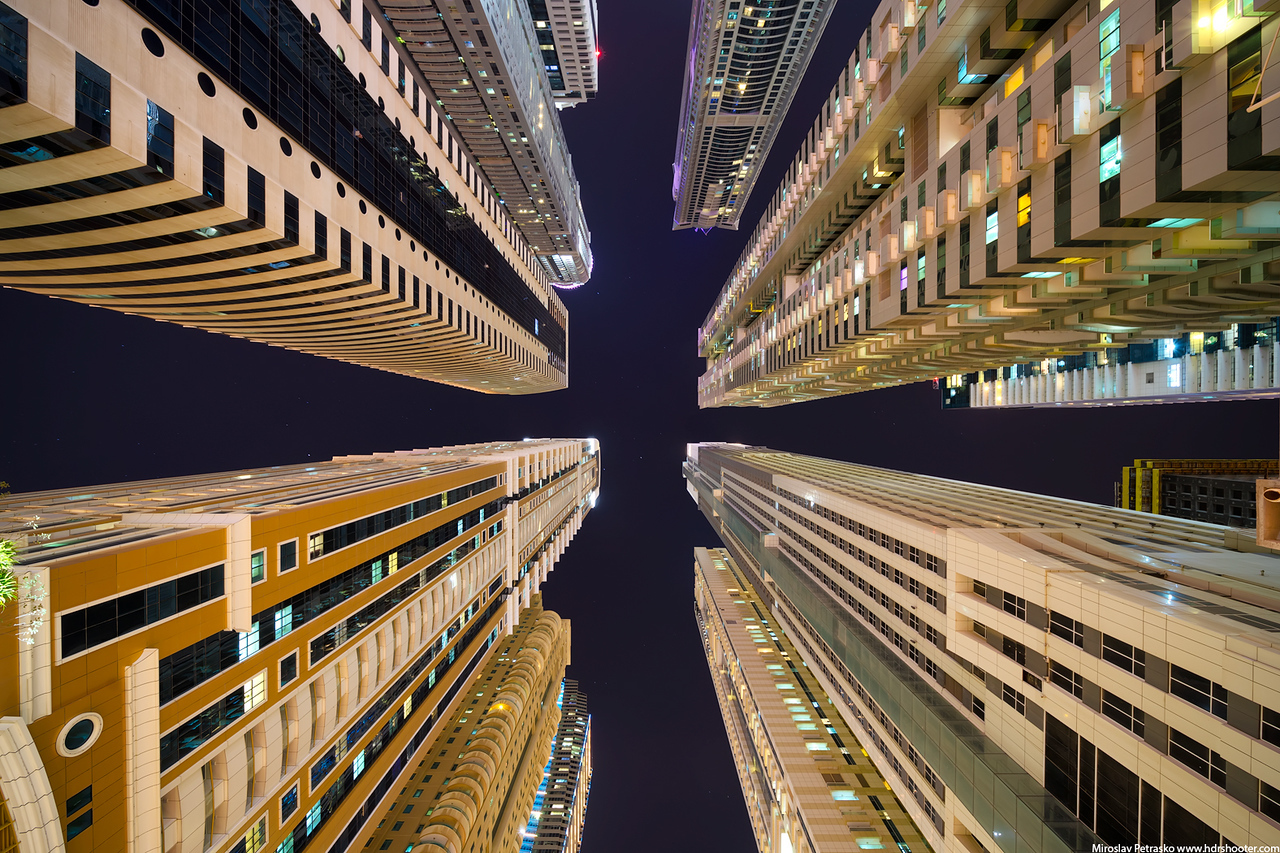 Walk in the Business bay

I’m sorry I did not update the blog last week. I just had one of those busy, tired weeks. That’s when one has to finish a lot of stuff, and is also tired from other stuff. And to make things a bit harder on myself, I also did some lifestyle changes last week, as I started having some heath issues after the last trip, and it always takes a while to adapt. What can you do :) When one has to do something one has to. Should be back to normal soon.

Walk in the Business bay

For today’s photo, let’s go back to Dubai. This one is a very wide angle shot, taken with the 12mm lens. It was taken right in the middle of the quite new Business bay walkway. This is a perfect area for photos, as it’s not that busy in the evening and you can just take great cityscape shots. You can also experiment with including different foreground elements.

This is quite a typical composition for Dubai photos, as you can use those curved railing as a nice leading line into the photo, that just guides you view from the foreground into the background.

For this photo I used three exposures, combined in Oloneo Photoengine, than finished in Photoshop. Btw. I also used the NISI natural night filter here, and since I liked the more purplish color in this shot, I left it that way. 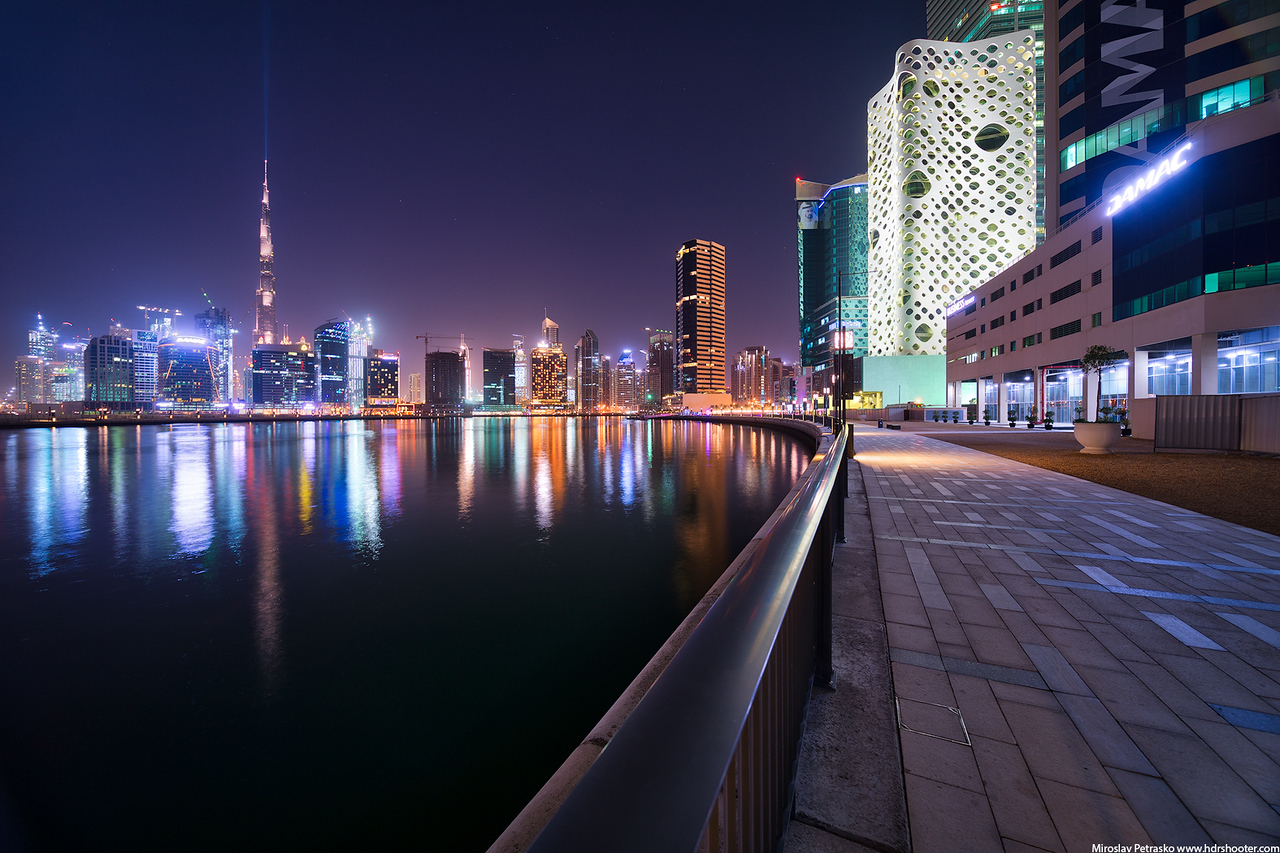