First of all, as this is a third party software, if you put it on your camera, you are doing it at your own risk. I had no permanent problems with it until now, and I haven’t found any mentions of problems with it, but you newer know. Also if you are not familiar with you camera, don’t try using it. It will overwhelm you with a staggering number of new features which will confuse you. Also Magic lantern is only for specific Canon cameras, check the creators website for a full list. 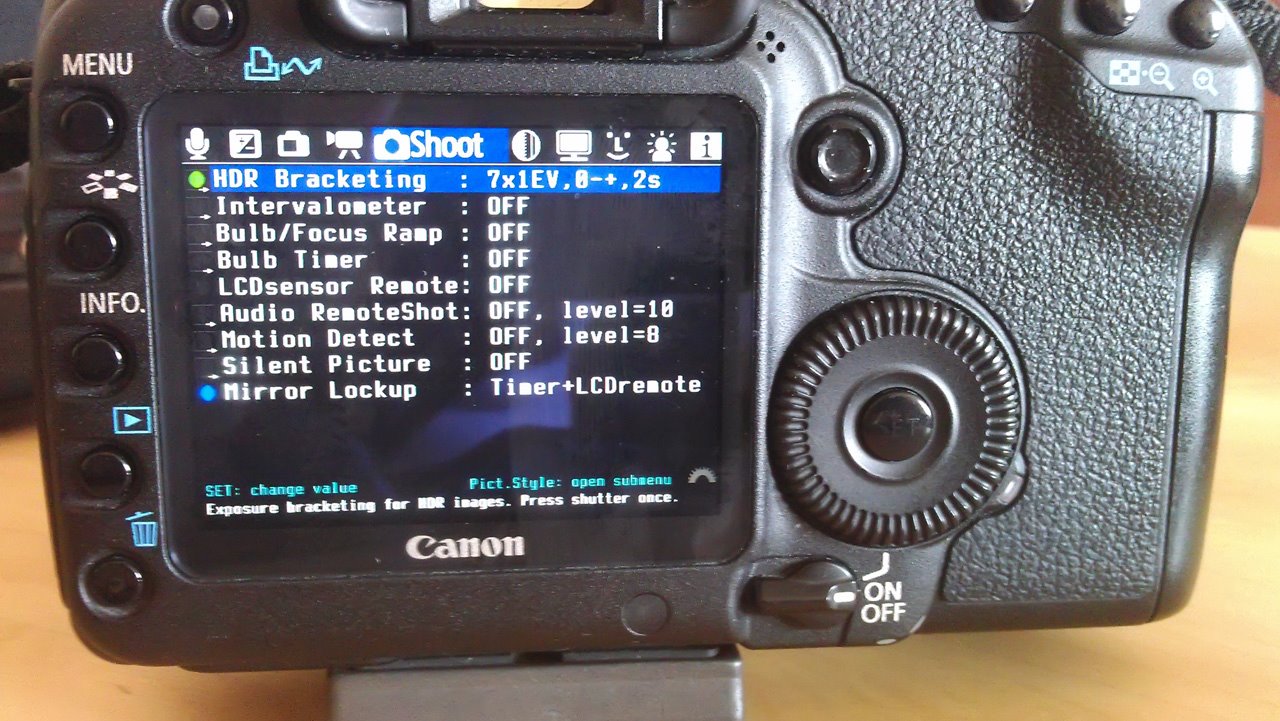 For the last few weeks I’ve been using the Magic Lantern firmware instead of my Promote control, so here are few of my thought on it.

Magic lantern (http://magiclantern.wikia.com) is not a firmware in a real sense. It’s an upgrade to a firmware, because it does not override you current camera firmware. It just notes in the camera, that it should run it from the card. This is actually the first great thing about it. As it runs from the memory card, you just have to use a different card to turn it off (or hold the set button, while turning the camera on, as Wojciech Toman noted :)).

When you have Magic lantern on your camera, you still can access all the camera settings from the normal Canon menus and everything works as without it (as long as you don’t change any of the ML settings). 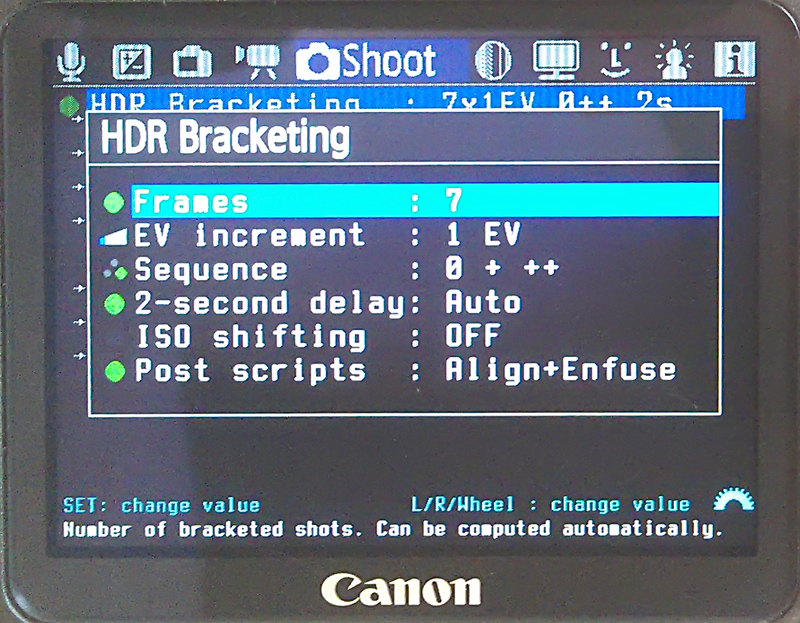 Magic lantern provides many new settings for your camera, but as I use it for HDR bracketing, lets take a look at those features. Once you turn on HDR bracketing under the shoot submenu, you can change the following settings:

This settings work really well, I would just really like a better photo sequence (-0+, so you can set up the 0 shot and it still starts from the darkest photo) an ability to turn on a longer self timer.

You can also turn on Mirror lockup to avoid more camera shake. But in my experience, this doesn’t work that well. The camera does a mirror lockup before each shot, not just one at the start. This adds a lot of time to you bracket series. I would suggest using this only with long exposure night shots.

With these setting taking HDR brackets is really easy. Here I made a little video showing my exact process while taking them:

Overall, I have to say I really like it. It gives me most of the settings I get from the Promote control and I don’t have to bother with a remote and additional cables.

So now I have been using the Magic Lantern for more than three months and I love it more and more. I have to say, that most of the problems I experienced at the beginning were due to me using it incorrectly  or mostly very fast :) The two main problems, camera not turning on and settings not working all the time were caused by me taking out the card too quickly after I turned the camera off and pressing the shutter button without pausing in the middle positions. As I use manual focusing all the time, I don’t have the need to focus using the shutter button and this was the result :)

Also what I have noticed, that the more battery usage is mostly from me using the screen more as I would without the firmware. So it’s a result of changed habit, the new firmware brought with it.

And here, as an example, one of the bracket series I took with the help of the Magic Lantern firmware

So lets look at the overall pros and cons of magic lanter:

This is a cheap option compared to a Promote Control. It works  very well, and for me it replaced the Promote for now. But I still have the Promote in my bag, as a backup and for situations where I really don’t want to touch the camera.

Dancing in the morning

Dancing in the morning

Let’s continue with the Prague photos. I took many photos of this Dancing house during the last two years, but this is the first one I actually like. All it took was to wake up at 4am, so I can be there at 5am. Only thing I would want more would be few clouds, but also without them it looks quite good :)