I tried to edit this photo few times before, and I’m still not sure if it as it should be. The blue from the sky, with the yellow from the square just don’t play along well here. I got a photo with much better colors few minutes later, but that one is not usable. They turned on the flood lights, which shine on the tower from this was taken. So I got so many flares :)

This is a manual blend, from three shots, one for the most of the photo, one for the sky and the bright yellow part in the middle, and one to lighten the foreground and some other dark areas. I could have removed the distortion, but I decided against it, as then the feeling of looking down disappears.

For those interested, this is the Lesser town square in Prague. 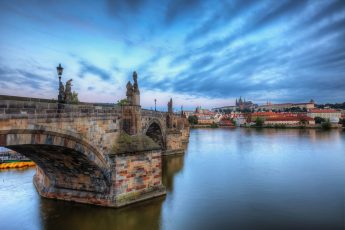 From the new place 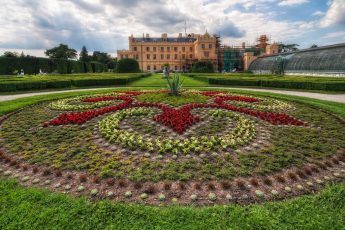 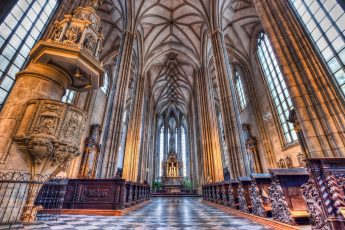