Today I haven’t been working on new photos for the blog, but instead I looked at adding more content to it. So you will find two new pages today.

First is an addition to my Top Spots category. I added a new city there, this time it’s Dubai. Go and check the list here.

Secondly, I added a new guide to the Guides section. It’s called How to save photos for web, and that’s exactly what’s it about. You can find the guide here.

How to save photos for web

A very important step in every photo editing, is the final step, saving for web. Here I will show you how I do it currently for all my photos (all the ones on this blog). So let’s get started.

First, lets take a photo. This one is already finished and I need to save it for web. This photo has not yet been sharpened. If you want to get the best result, you have to first re-size your photo, to the final size, before you start with sharpening. So let’s re-size it first.

Go to Image/Image size and change the height to 900px (that’s the size I normally use, is different for everyone else). The width is calculated automatically here, as the constraint proportions is checked. As we want to create a web result, the document size has no importance for us.

Once re-sized, let’s continue with the sharpening. There are many ways one can do it, but one of the simplest is to just use Filter/Sharpen/Unsharp mask. Going with a smaller radius (0.1) and higher strength (100+) usually works the best here. On some photo one needs to go with smaller strength, to avoid the “over-sharpen” look. A easy way to skip these steps is to use the Web Sharpening actions from TK Actions. You can find more about them here.

Lastly one needs to save the photo. But instead of using File/Save as, we need to go to File/Save for web. We need to use this, because we need to convert and include the color profile with the photo. We need to convert it to the sRGB, so it’s properly shown in web browsers and also include the color profile, so every program displaying them, does it in the same way. The preview should be set to Internet sRGB, so you see the final result as it’s shown in a browser.

Other than that, you can use any quality setting you want. And that’s it. Just choose a name you want and save it :)

Before I went to Dubai, I had few questions about them, especially about tripod use, so I hope that this list will still help some of you, who plan to go there. So expect no surprising spots here :). Will need few more visits to get to those.

I will stick to places that are freely accessible in this list. You can also see all my photos from Dubai here.

As I revisited Dubai recently, there will be few updates and new spots here, as some of the original ones are no longer accessible, or even existing.

At the top / Burj Khalifa

Of course, I have to include this one. It’s so unique to be able to be so high up. The view is just great. But there are few things one has to prepare for.

First of all, buy your ticket at least two weeks before online. Without it you either won’t get up at all, or you will have to pay for the much pricier ticket on the spot. They also sell only specific number of tickets for a certain time, so they can get sold out very quickly. I would suggest doing a sunrise instead of sunset. You get up much quicker, and it’s cheaper. The number of people is smaller, but they will stay around more, so grab a window, and wait for the sun by it.

Secondly, be prepared for an airport-style security check. They have no problems with camera gear or tripods, but they suggest you don’t take a big bag with you. I had a camera, 5 lenses, and a tripod with me, and they only wanted to look inside the bag. There were no issues.

Thirdly, get a Lenskirt or something to cover your camera. The slits in the wall, that were available before, are still there, but not there is a metal railing in the middle of them. None of my lenses would fit through. The only solution was to take photos through the glass. Also, the flooring is not the best there, and every time someone walks by, your tripod will shake. So get ready for that. 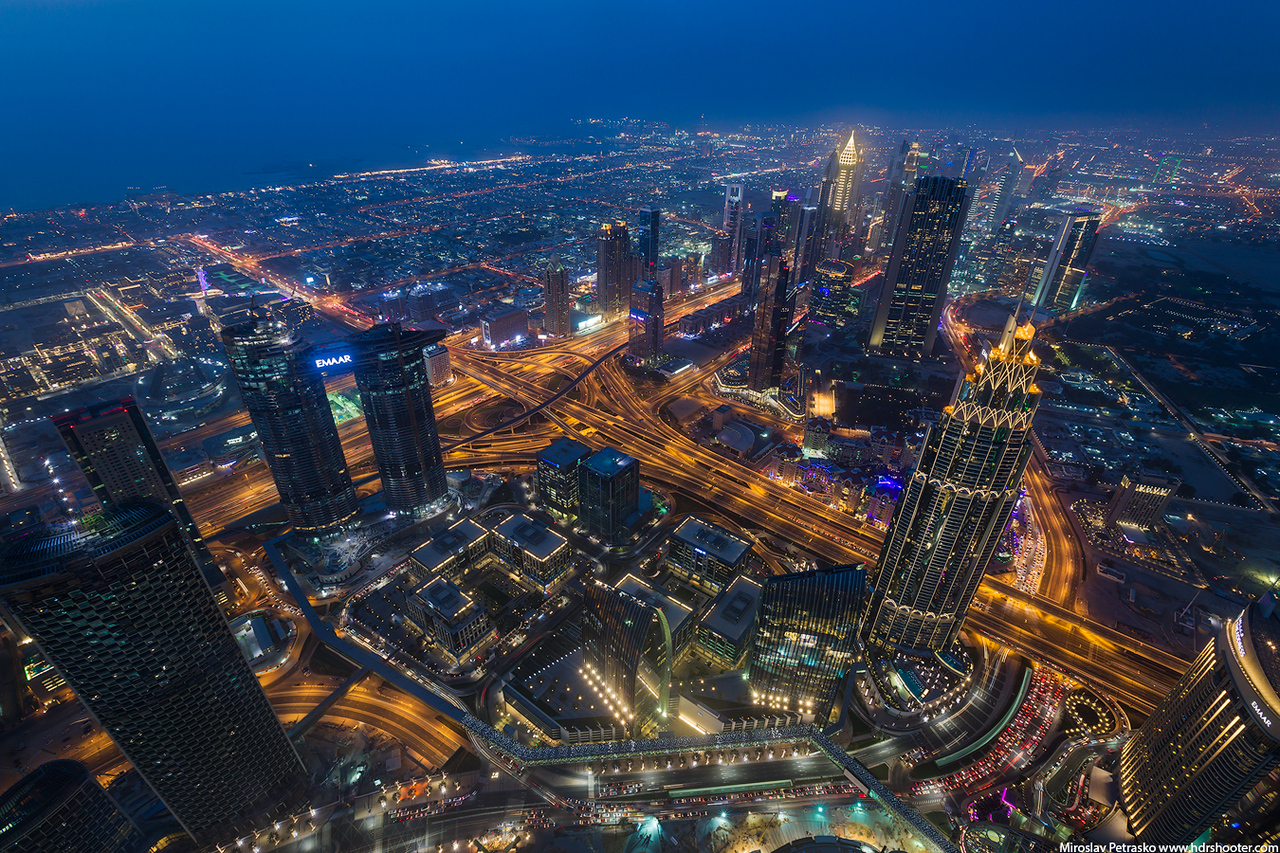 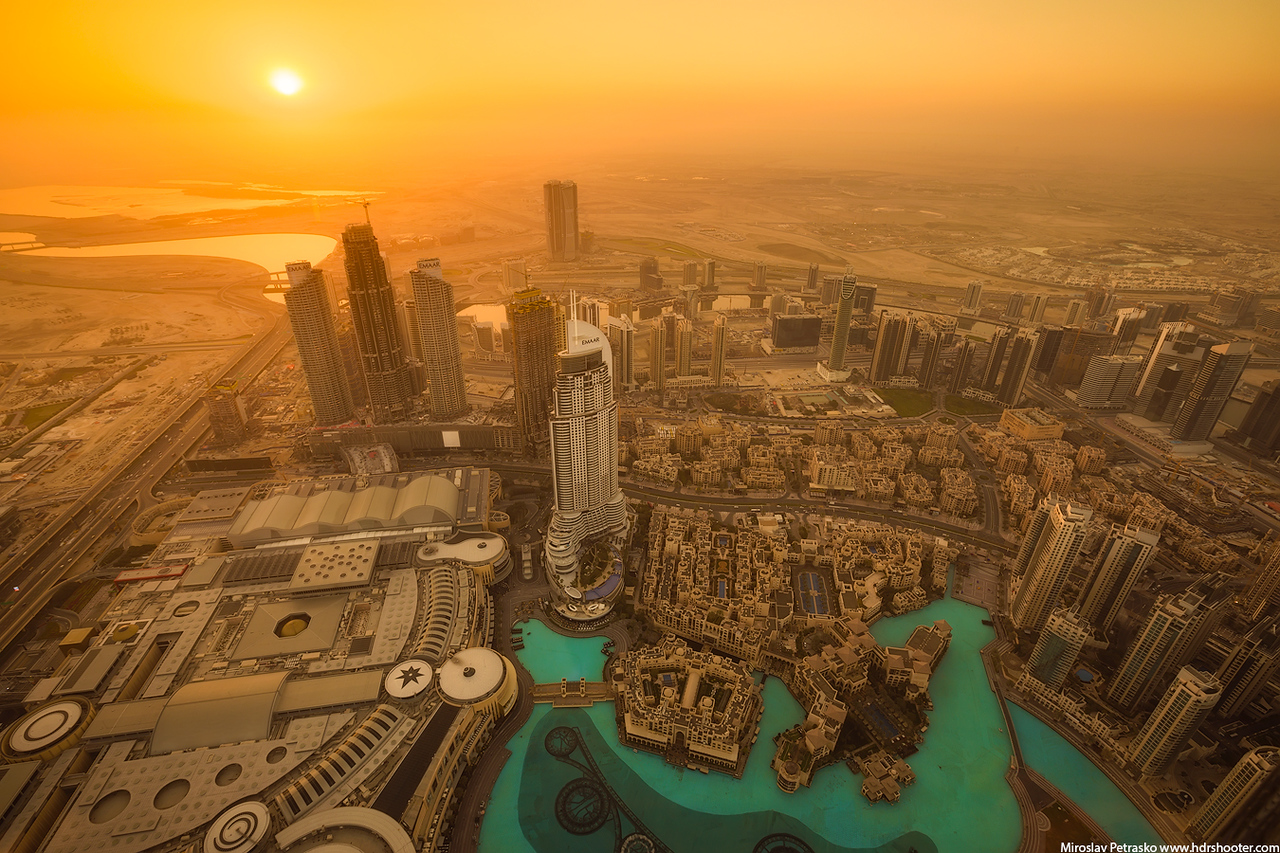 Of course, the second place has to be the Dubai marina. If one likes photos of skyscrapers, it a must. It’s the best late at night and early in the morning, where you meet almost no one there. The security guards here are really annoying, and they will stop you randomly around the marina. You can see them riding around with small golf carts. They will not bother you on the bridges in the area or if you use a clamp (strangely).

Also get yourself an ND filter. The daytime photos looks so much better from there as long exposures. They should have something like this in every city. A great place to get a nice photo of the cityscape. From one side you get a great view of Dubai Marina, from the other of the Burj Al Arab. Just take a longer lens with you, as it’s a little further away. There is also a new walkway around the perimeter of the marina, so while you can’t get easily to the rocks anymore, you get a nice stable platform to shot from, quite close to the water. The original spot I shared here is still accessible, but not longer worth it. The new constructed building now block the view of the Burj Khalifa, so it does not looks so nice. But the whole business bay changed a lot in the last years, and you can get some great skyline views in the area anyway. The original spot I shared here does not even exist anymore. The progress in Dubai is just so fast. Instead, I would suggest a different spot (the name of the beach is the same, as it’s all called the same :)), one next to the Burj Al Arab. You can get a really nice sunset here. You will need a wider lens to get a nice shot here, as the tower is just so high, but it’s worth it. If you go too close to the tower, be ready for security guards. I was stopped even a bit further (close to the opera) but there I was only informed that video is not permitted, but no problem with photos. Who knows why. I don’t.

Btw. if you see those dandelions still there, check out the authors, Mirek Struzik, website here: https://struzik-art.com/en. 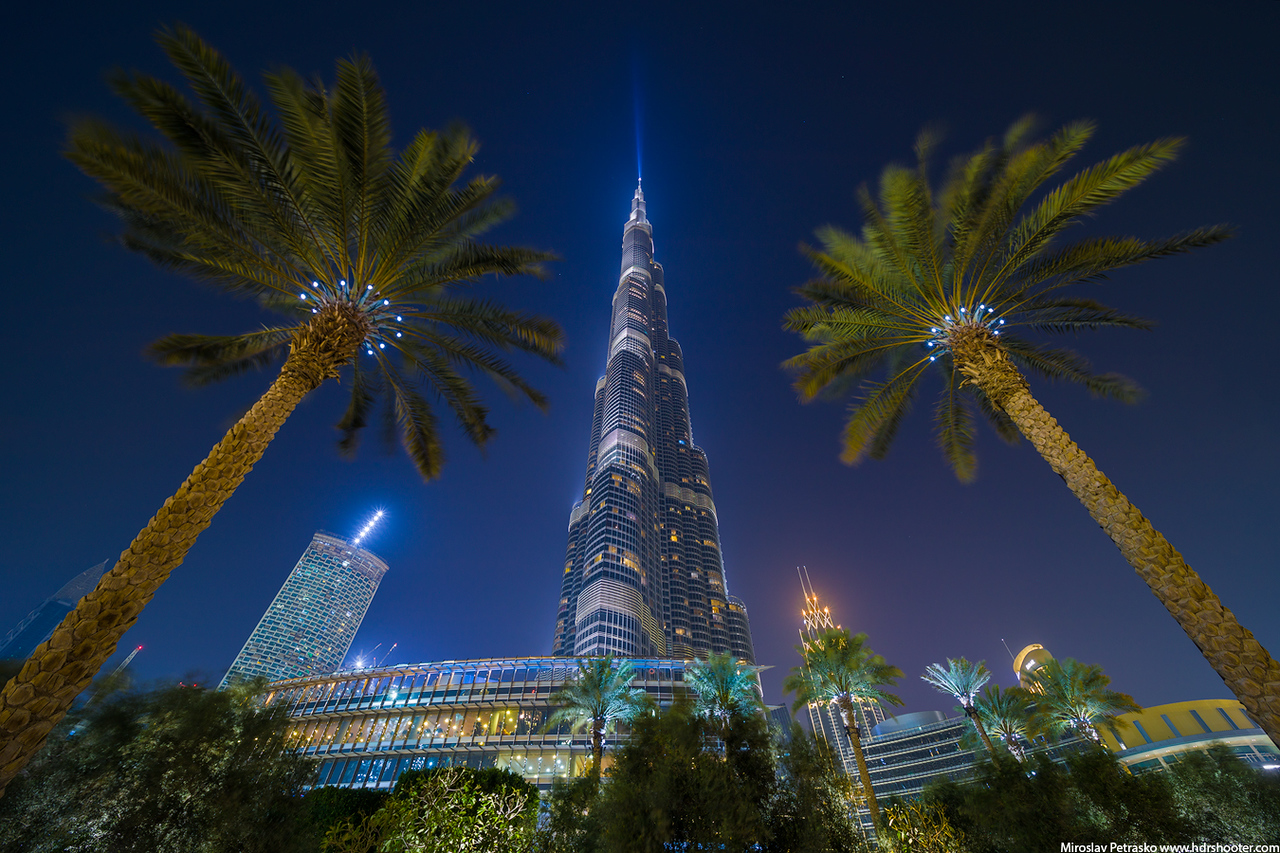 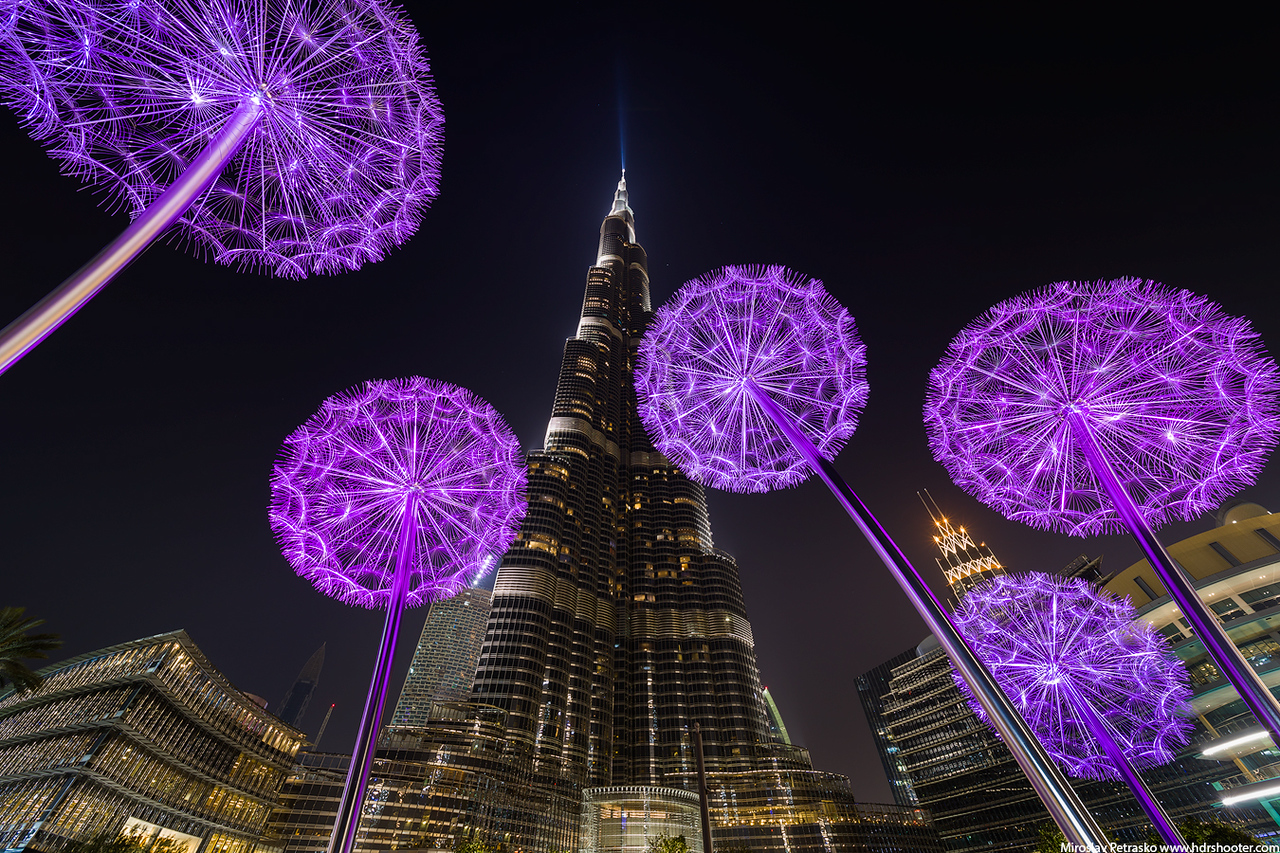 There of course are many, many, many more spots, and I hope I revisit Dubai as soon as possible, to get many more shots.