I thought I will write a guide on how to organize your photos in Lightroom, but as everyone likes something else, I will write more about how I organize mine, which may inspire some of you. So I will go through few points about how I order my photos, to make things easier.

I use only one catalog in Lightroom. I thought some time ago to split photos into multiple catalogs, but then I found no good reason for it. Lightroom only allows one to be opened at one time, and I really don’t want to restart it each time I need something from a second one. Also, my catalog is currently over 100 000+ photos big, and the performance is the same as it was 10 000. Lightroom just does not loads closed folder and only time you will get a big slowdown is when it has to create the thumbnails for the first time.

Time and location based structure

I use the default folder structure, based on year and date. After import I also add a location to the folder name, so it’s easier for me to quickly identify what is in a certain folder. To make the number of folders more manageable, I tend to group folders from photos from a single trip.

I never change the default names of files. The files are imported as IMG_xxxx. This is because it makes easier to find a specific raw file for a photo, as I include this name also in the name of the final edit (the posted photos are usually named location-IMG_xxx-web).

Some people tend to rename the files, but that just makes things more messy.

I use stars to remember what I edited, and what I still plan to edit. Usually I just add 4 stars to photos I already edited, and 5 starts to those I want to edit. No stars are photos, I still a have to think about. If I don’t want to keep the photo, I just delete it (even if I still have to go through a huge number of photos and delete everything I don’t want)

I also have collections created, separate for finished photos and separate to photos I want to edit. This are smart, so once a star rating is added to a photo, it is automatically included in the collection.

Colors I use mostly to mark together huge groups of photos, like HDR panoramas or timelapse sequences. The colors help to distinct them from the surrounding photos.

I never delete the RAW files, as I use them quite often for tutorial and blog posts. I also keep the PSD of the finished photo, and two copies of the jpg version. One is sharpened and resized for web (1350×900 pixel) and one at full size sharpened for print. I don’t import these into Lightroom, as I don’t need them there. I store them in a separate folder and also on Smugmug. Of course the full size files in a hidden folder, just so I have access to them from anywhere.

All these take of course a lot of space, as a single edited photo can take over 1gb of space. Luckilly, the prices of hardrives go down every year, so getting a nice 4tb drive just for photos (or better two, so you also have a backup) is not that pricey anymore.

I could of course make thing more sophisticated, add keywords, filter all photos right as I import them and similar. I just never found the time to do that, even if I tried. And after years, I no longer see the need for that anymore, as all posted photos are in tagged posts on the blog, with keywords and descriptions. It’s just easier to type into a search bar than trying to fill information on thousands of photos. 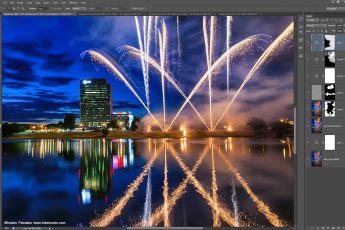 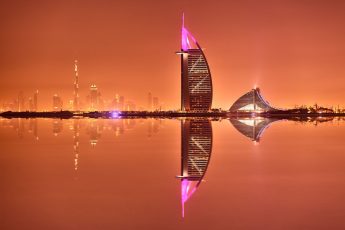 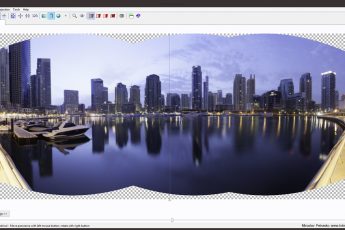