For todays process post, I decided to show you a photo that is not a HDR, but where I was forced to use focus blending, and I had to deal with not enough shots taken. So let’s get started.

This is a view of the SNP bridge in Bratislava, as seen from the Bratislava castle.

I took two series for this, just to be sure, one focused on the bars, one on the bridge in the background. When looking at them in Lightroom, I found out that I need just one from booth, and one brighter fore few tweaks, so I just cropped the image, corrected the horizon, white balance and opened the two images in Photoshop.

I don’t know what I was thinking while taking this shot, as of course just focusing twice here is not enough. The problem is, hat if you try to blend two shots like this, the foreground element will get bigger when its out of focus, and that will not allow for a nice blend. You can see it in the first screen-shot from Photoshop here. The blend produces an ugly soft border around everything. So I needed to do something more, and this is what I did.

1. The shot focused on the background
2. Copy of layer 1, as I needed to experiment with edits, and I didn’t want to open the layer over and over again (I will explain the edits in a moment :))
3. The shot focused on the foreground. Using layers, I painted out all the content one can see through the bars
4+5. Here I used the brighter exposure, to brighten the bars, and then used a second layer mask on the group, so the effect is not inside the bars
6. Color efex Pro contrast, to get more local contrast and detail in the photo.
7. Color efex Tonal contrast on the borders and the background, as it still was very low contrast, due to it snowing at that moment.
8. A little overall contrast using curves.

All edits in Photoshop

Now this take care of all the detail and contrast, but there is still the problem with the bad blending. So what I did, on the second layer, I selected one by one the openings in the bars and made the image inside bigger. Like this the border disappeared behind the bars, and I got a nice blend. I had to be careful so the bridge and the road line up after the resize.

Here you can see the second and third layers, to better show this.

Btw. if I did this correctly, I would take more shots, with different focus, or I would use a smaller aperture. 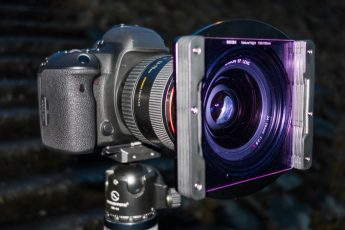 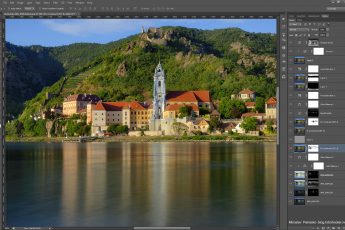 Illuminated by the Sun - Process 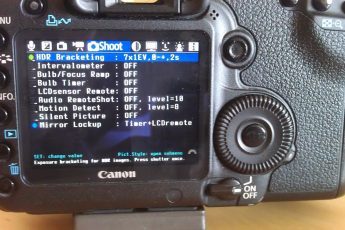