An update for the HDR software Aurora HDR has been teased for a while now, and today Macphun opened up pre-orders for the new, 2017 version. And as they usually do, they are running quite a promotion with it, where you will get a bunch of extra stuff (video from Trey Ratcliff, 1 year of Smugmug and more), when you pre-order before the 29the September release date. They are also offering a discounted upgrade price, if you already own the current version.

What is Aurora HDR

Aurora HDR is and all in one solution for creating and editing HDR photos (regrettably, still only for MAC OS), which combines many tools from dedicated HDR tone-mapping programs with features usually reserved to programs like Photoshop and Lightroom. I did a review for the 2016 version and you can find more there.

You can also enroll in a free course to learn more about HDR and Aurora HDR, taught by a great photographer Jim Nix on the Macphun site here.

Aurora HDR 2017 offers many new additions compared to the old one. And they are sticking mostly to the theme, by trying even more to create a complete work-flow in one program. The new features are: new luminosity mask controls, new tone mapping engine, batch processing, polarizing filter, new presets, new layer blend modes, faster raw processing and more. You can check out a video describing them in detail on Macphun website here.

As I mentioned in my review of the 2016 version, Aurora HDR provides many features and creates some very nice results. With the introduction of the new features, it offers even more than before. So if you have not yet tried it out, I would suggest geting the trial, and if you use it, you probably already know if you need to upgrade.
Download the trial and pre-order on Macphun website here. 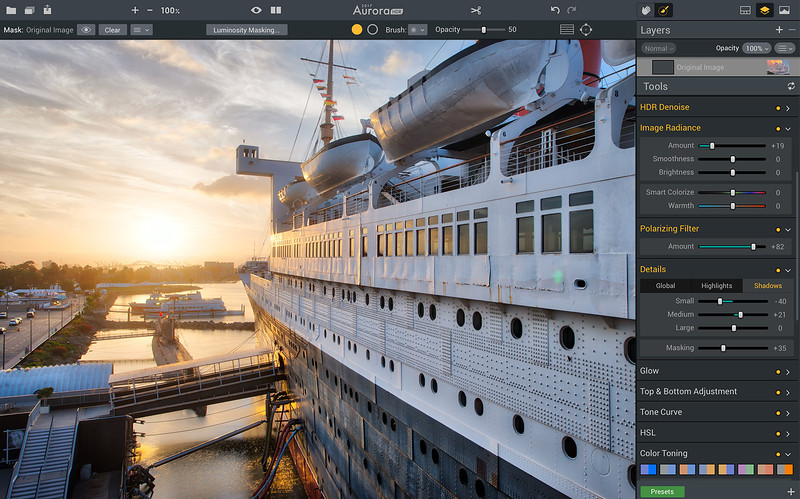 (Please note, while I had access to a preview version of Aurora HDR 2017, I did not have currently a Mac OS system I could use. That’s why these screen shots were provided by Macphun. A more detailed review of Aurara HDR 2017 from me will come later.)