If you need editing software to work on you photos, and you don’t have much to spend, you can get a copy of DxO OpticsPro 9 completely free. Until the 28th of February, just go here, enter you email, and claim your copy. 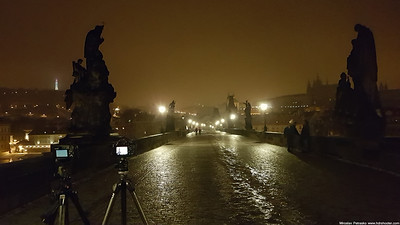 I just got back from Prague about a hour ago, and thought I edit one of the photos I took for the blog. It was not that great of a weekend to take shots, as the weather was a bit awful. Not cold enough for there to be still snow, and no warm enoughs to have a spring feeling. It was mostly foggy, but not foggy enough for a great fog photos. But still foggy enough to not be able to get some nice views. You know how it is. Of course right around we were boarding the train back to Bratislava, the sky cleared and the sun showed up. It sometimes like this :)

But I got some shots on Saturday, especially early in the morning at the Charles bridge. My friends would not believe me that there would be people there at 5 am (the sunrise was at about 7.30) but once we arrived they saw it for themselves. Even funnier was, when a young man passing around us gave a question to one of my friends. What were we doing there so late? He presumably did not understand, that for us it was still early. For him, since he probably did not sleep at night, it was still late. But as you can see in the behind the camera shot on the side, it still was quite dark.

But to the photo. This one was taken right before sunrise. It was very cloudy, but it caught a hint of blue during the morning blue hour, and thats when I got this. This is a two shot vertorama, combined in Lightroom and edited in Photoshop. 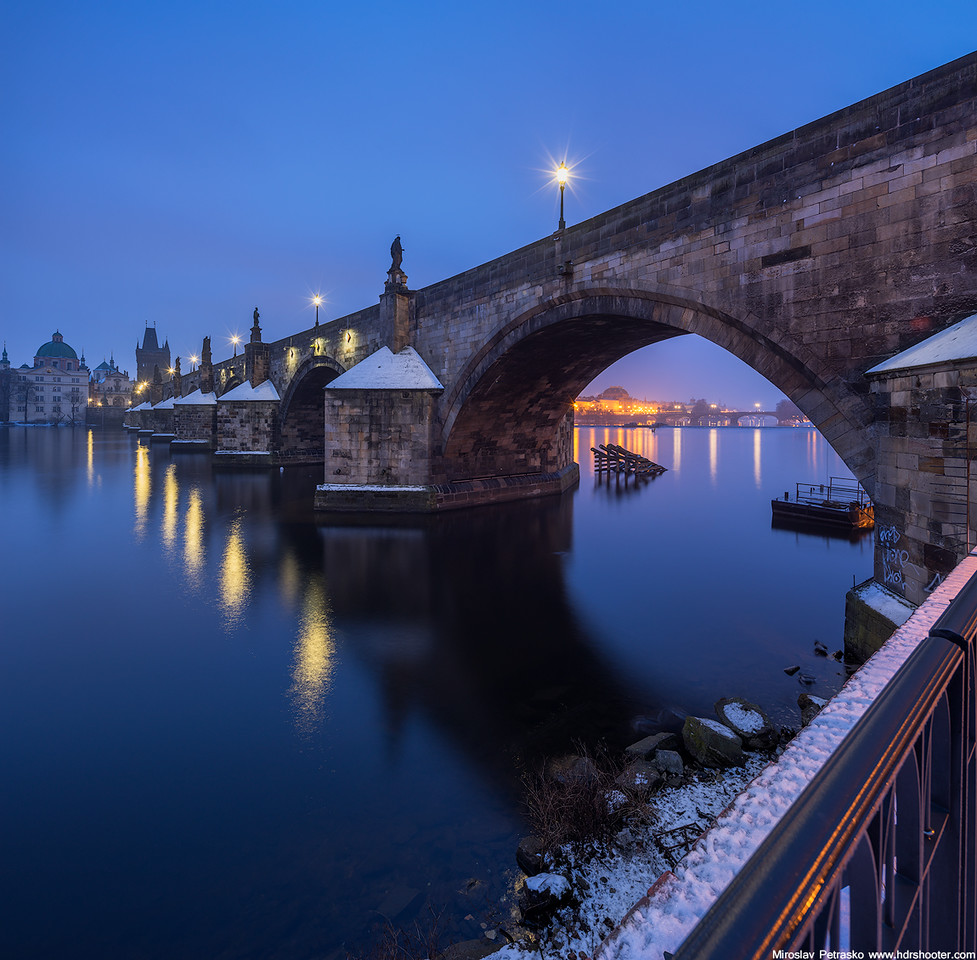