I have posted a Top photography spots list in Paris long ago, but how about another one, from a second french city. So here, you can find my favorite photo spots in the city of Lyon.

You will notice that most of the photos here are night or blue hour ones. The reasons is I took them all in the middle of the summer, and during the day was just crazy hot and sunny to get anything nice.

Let’s start with probably the most well know view from this city. The Passerelle Saint Georges is a pedestrian bridge right next to the center. It’s bright red, so it stands out quite a lot from the surrounding. You will get a great view with the Église Saint Georges church right behind it.

It looks great at night, but be ready to deal with very strong white lights on and under the bridge. 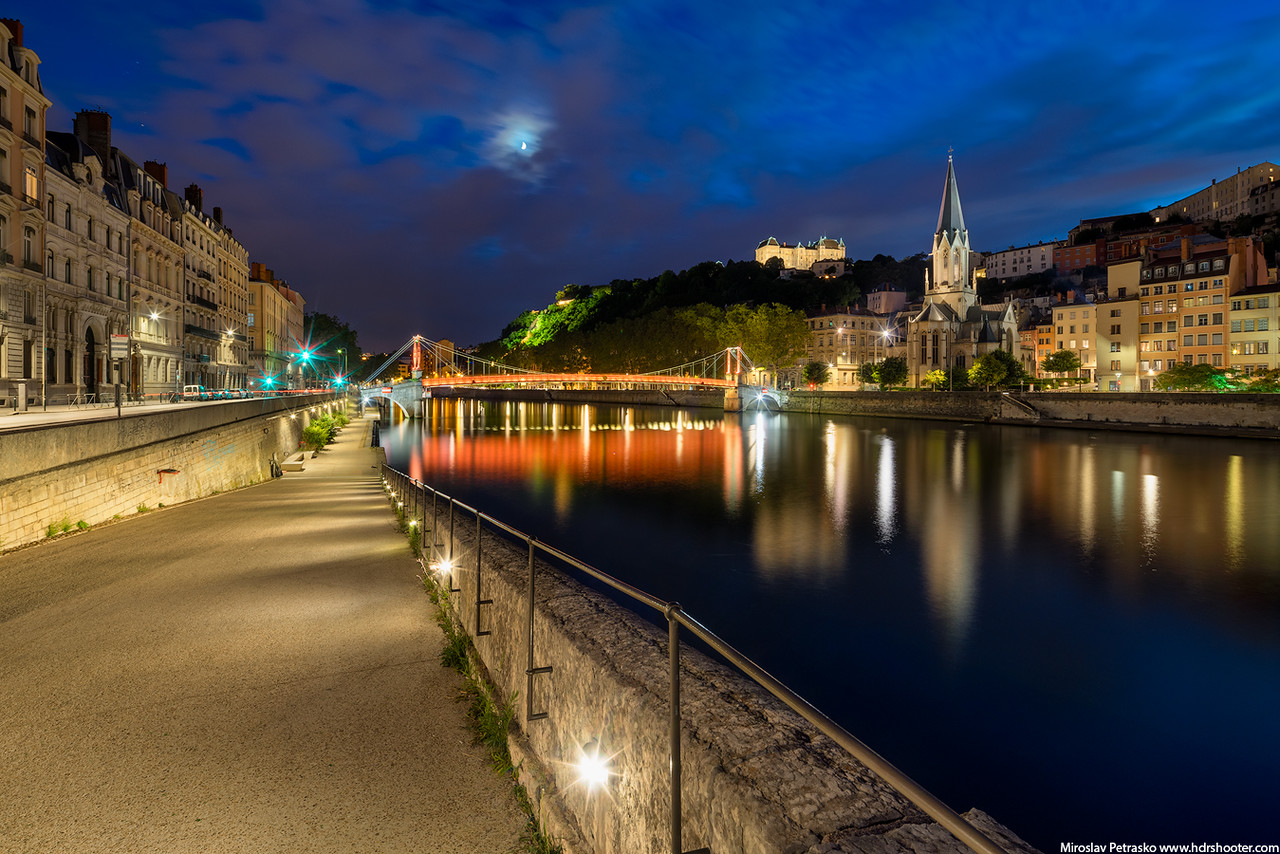 You will see this basilica from far away, as it’s on the hill above the city. I wold not suggest walking up to it. I did, it’s not a short walk. Instead you can take an underground cable car, which is a part of the metro there.

The Basilica looks really great, and you can take some wonderful photos around it. The view to the city is not that great, as there are quite a lot of three in front of it. But still you can get some photos there.

On top of the La Basilique Notre Dame de Fourvière

When you already get to the basilica, don’t forget to take the guided tour. The entrance is to the right side of the basilica. You will be taken to some interesting sites in the basilica, but don’t be surprised if the guide speaks only french. But that not why you took the tour.

The goal is the last spot on the tour, the top of one of the towers of the basilica. From there you will get the best view of the city, with this beautiful statue in the foreground. No tripods allowed though.

Another pedestrian bridge. This one is quite busy, so if you would like a people free photo, go there in the morning. It has this nice bend in the middle so if you set you camera low, you can nicely create a lead in to the Palace right behind it. There is also something like a “fountain” next to it and you could try a reflection in there. I got none, as there was not much water when I was there. 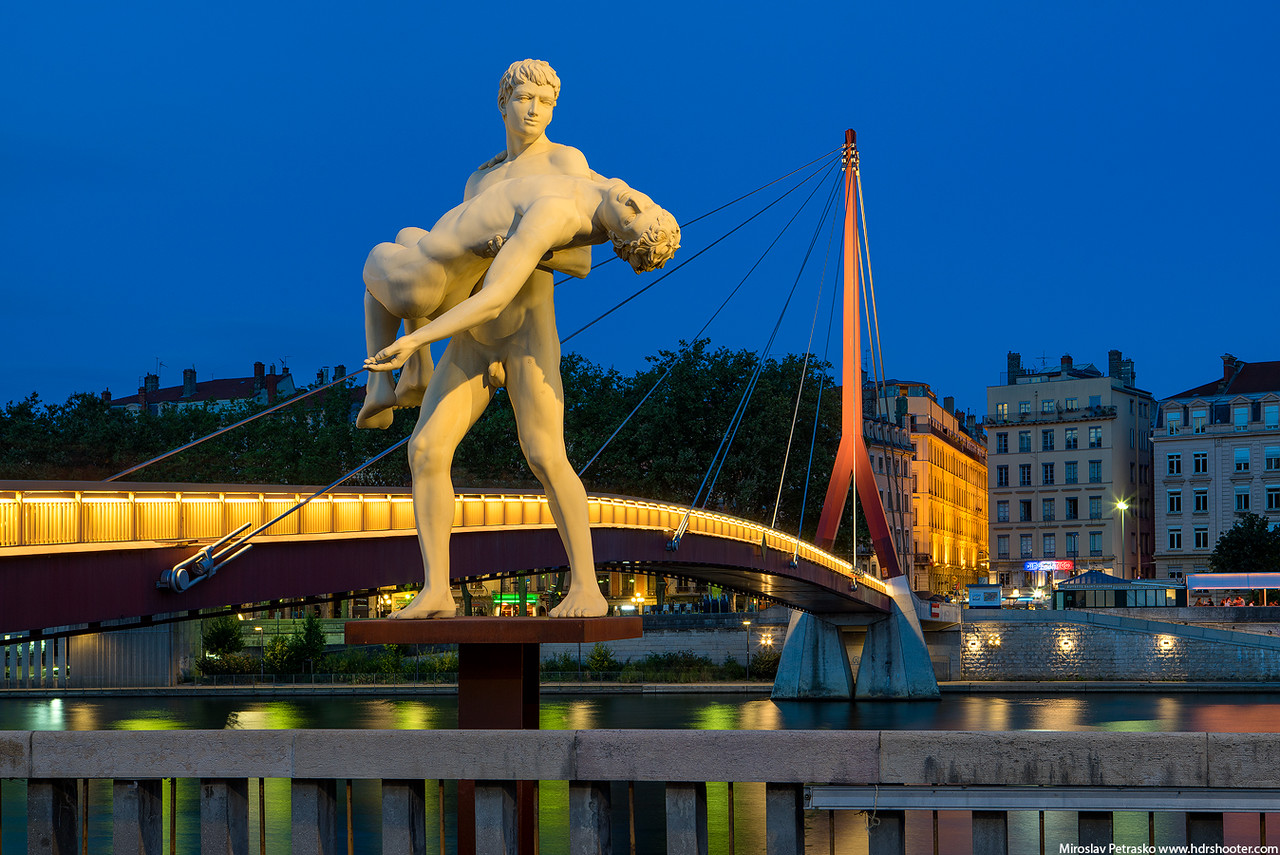 And one more pedestrian bridge. The river crosses the city a lot, so there are many beautiful bridge there. For this one, you can walk down under it, and get a view of it in its fullest. There are not many ships going up and down the river, so you will also get a great reflection there.

I just love how beautiful this fountain is and I think you will too. It’s just a short walk from the city center, and it’s not as busy of an area as the main square.

This is maybe not the typical spot I would recommend, but the architecture is just too unique to pass on. The Euronew building (the green one) and the Lizeo Online Media Group building close to it (the orange one) booth look crazy like something from a scifi movie. Worth a look :)

They are both a bit further away from the center, in a more port area. To get here, I would suggest going to the Hôtel de Région – Montrochet tram stop or Musée des Confluences stop and walk from either one. 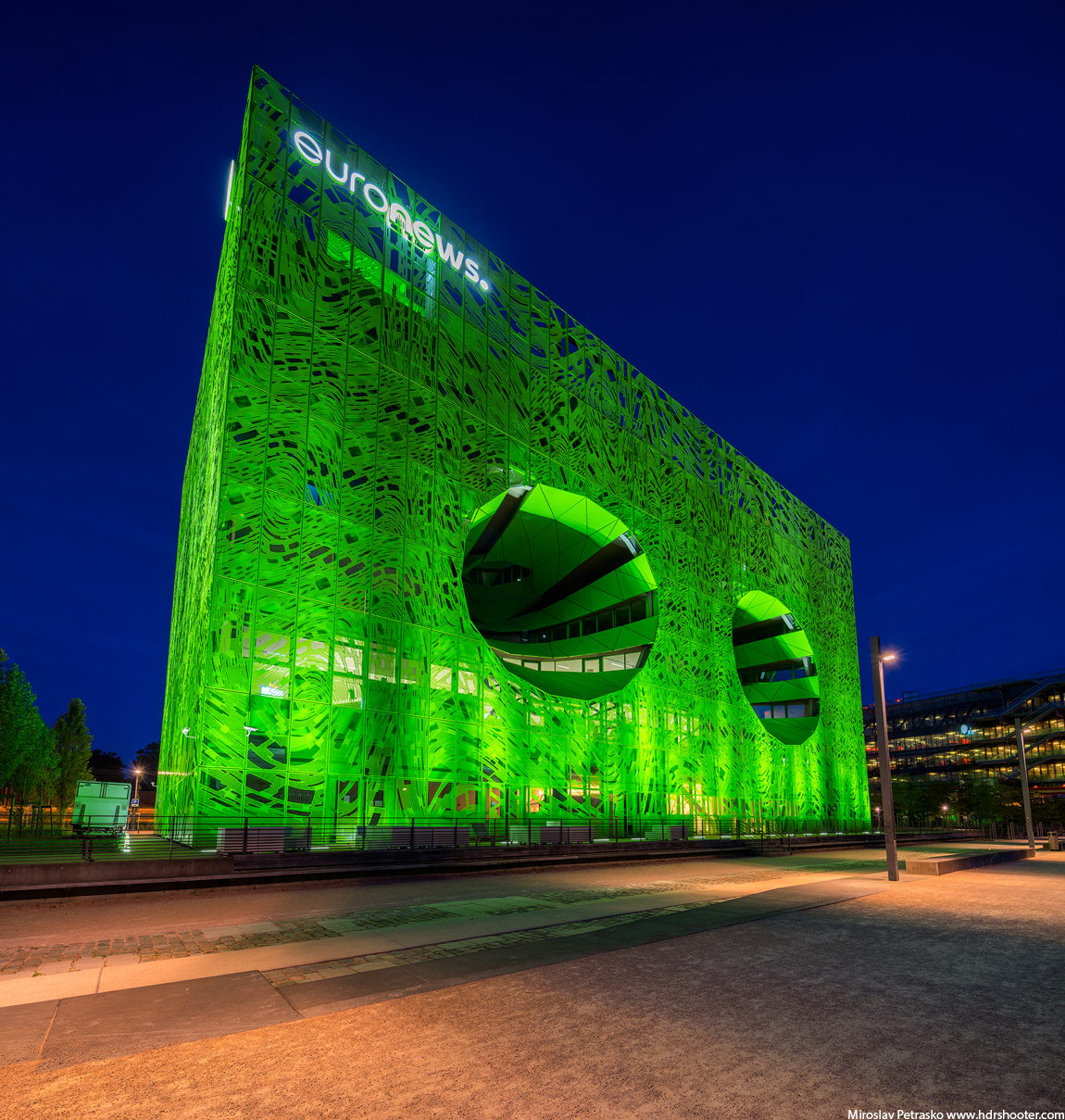 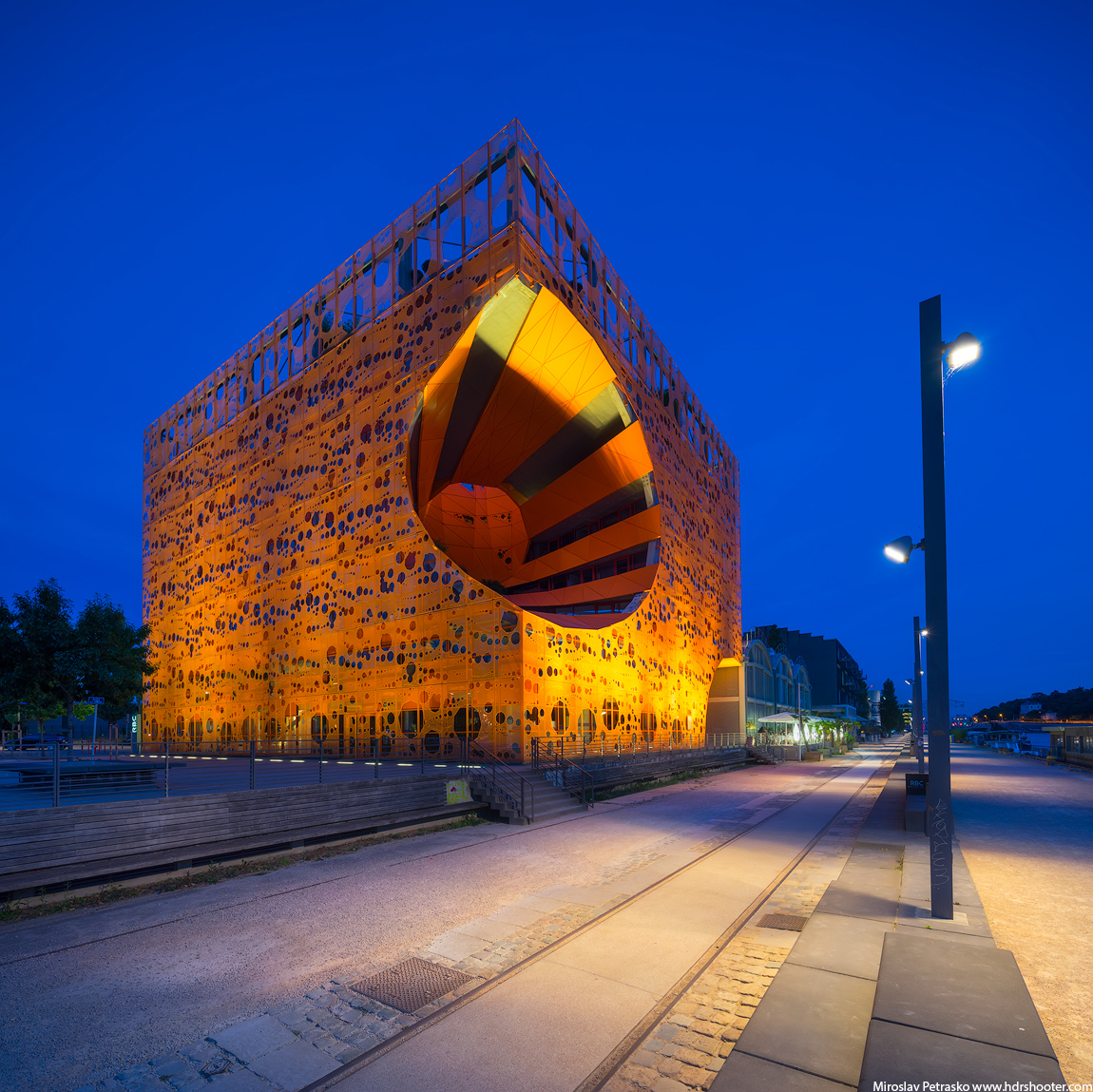 This is a really cool tree looking flower statue right in the center. It’s a bit hard to use in composition as there is a fence around it, but if you have a wide enough lens, you can go close and get over the fence with your camera. 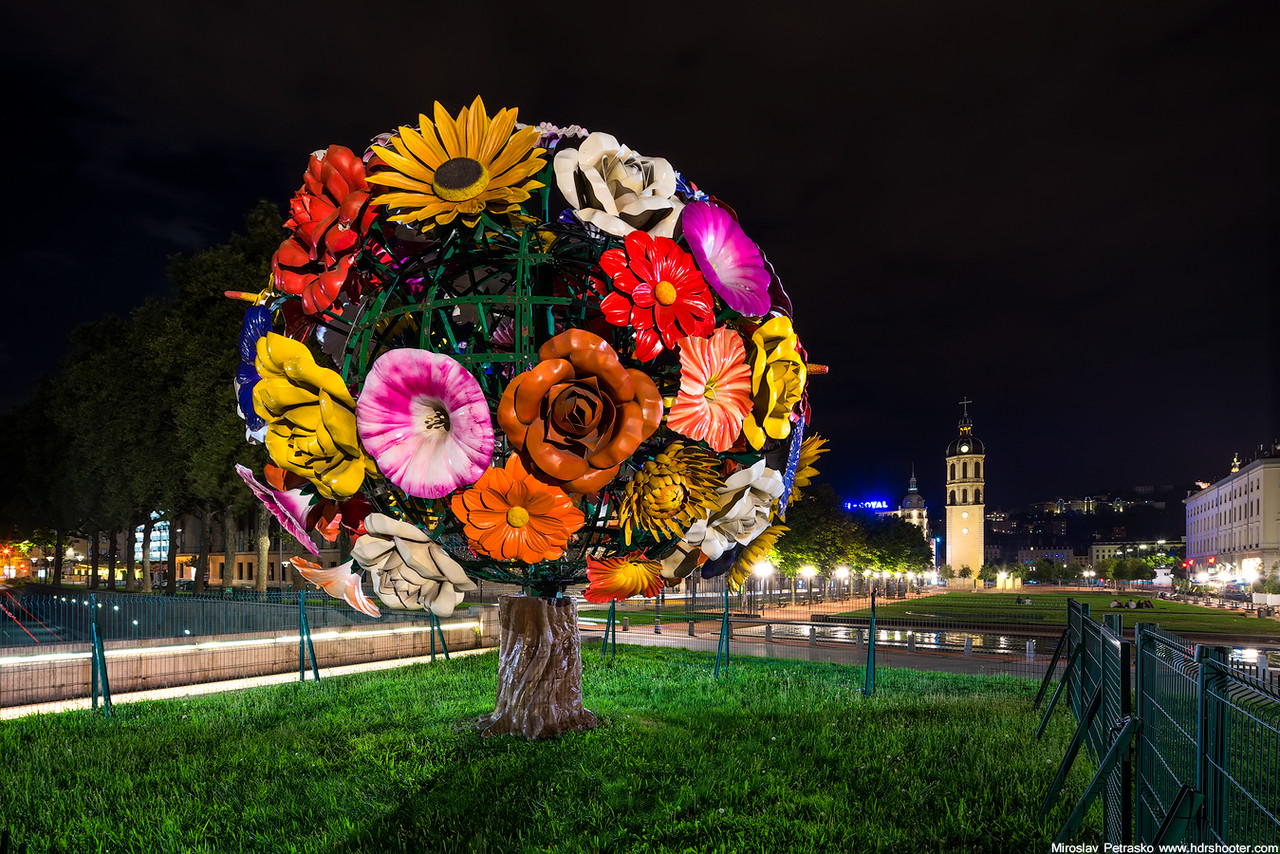 That’s all for this list from Lyon. I hope you enjoy your visit to this wonderful city, and get many nice photos there.