Night in the sky over Dubai

I presume there are many of you that wait for the E3 finally to start, and see what new games are announced. To bad that the presentations are so late in the evening for me, but since I don’t have to get up in the morning, I can still watch them :)

And yes, I play quite a lot of games. I even used to work on some, so no surprise there. I have a Xbox One, PS4, PSP, PS Vita, 3DS and a powerful PC (no interest in Switch though, maybe if they release something I want). So I have a lot of places to play games on. But I never play multiplayer. Can’t justify that much time spend on a game without being able to finish it.

Right now I’m replaying Persona 5 on the PS4 (I love that series :)) and doing a replay of Saint’s Row 2 on the Xbox One, since it just recently became again available. I somehow always play multiple games on multiple systems :)

Which presentation are you waiting for? If any :)

Night in the sky over Dubai

For today’s daily photo, another shot taken from the top of Burj Khalifa. This one was taken very early in the morning, before even the morning blue hour started. The night was still in full swing then. You would be surprised how many people were already there, all waiting for the sunrise. But I was one of the first, so I could snatch a place by the window and hold it.

For this photo I used the Lenskirt to get no reflections on the glass. But since I use such wide lenses, I do regret not taking the bigger version. It’s really hard using the tiltshift or the 12mm lens in this one, without seeing it in the corners. Still, it works great in removing the reflections completely.

This is a two exposure blend, done in Photoshop. 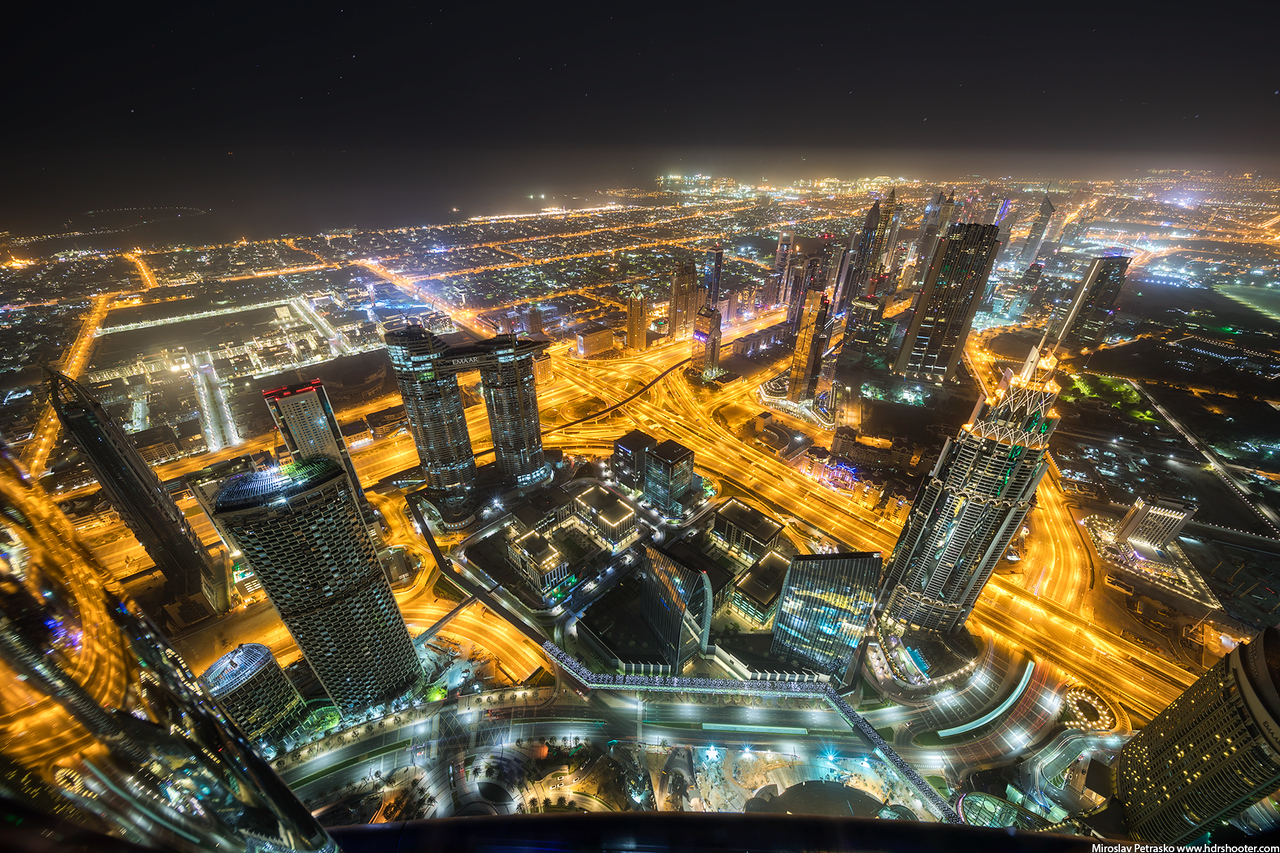