As you take and edit photos, you will often come across the same problems over and over. Dust spots, color banding, bad corrections, bad blends and similar. Sometime you will not even notice it. The colors of the affected area in a photo can be so similar that you just don’t see it. Or it’s too dark, or too bright. And still, that you don’t see it, does not mean that someone else looking at you photo will miss it too. Especially if one is doing a big print, one should try to fix as much as possible.

So today I will show you one technique I use to find areas that need to be fixed in Photoshop.

The technique is very easy. In Photoshop, create a new curves layer, and create an extreme contrast using the curve. Just click on it in the left are, and pull it to the top, and then on the right area create a second point and pull it down. It should look something like in this Photoshop screenshot.

It does not have to be exact, just have something that looks similar. What this did is to brighten the shadows, darken the highlights and added a lot of contrast in the mid-tones. The photo will look crazy colorful and psychedelic now.

But when you look at it, you can see that immediately problems stand out. Things that very barely visible are standing out really brightly right now.

Here are a few examples of it. Fist, a spot when two parts of a panorama were connected. You can see on the left, that it looks fine, but once you apply this filter, the bad transition shows up. 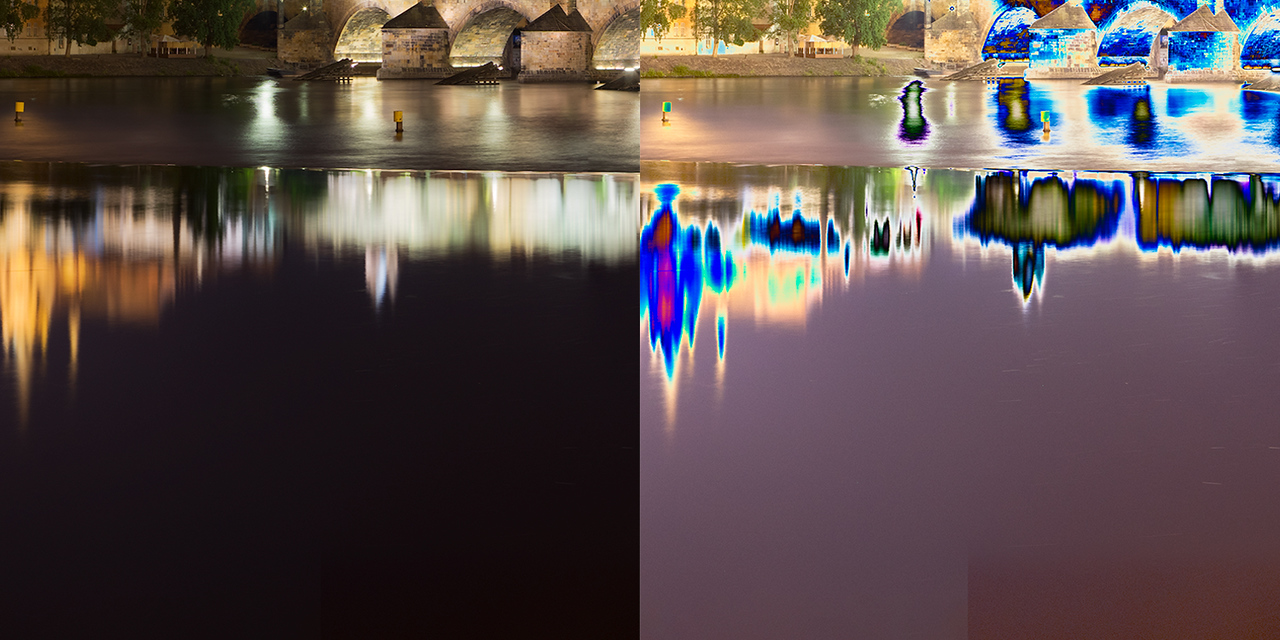 Secondly, here is an example of dust spots, using this filter makes them stand out much more. Will not work everywhere, but most of the time it will help a lot. 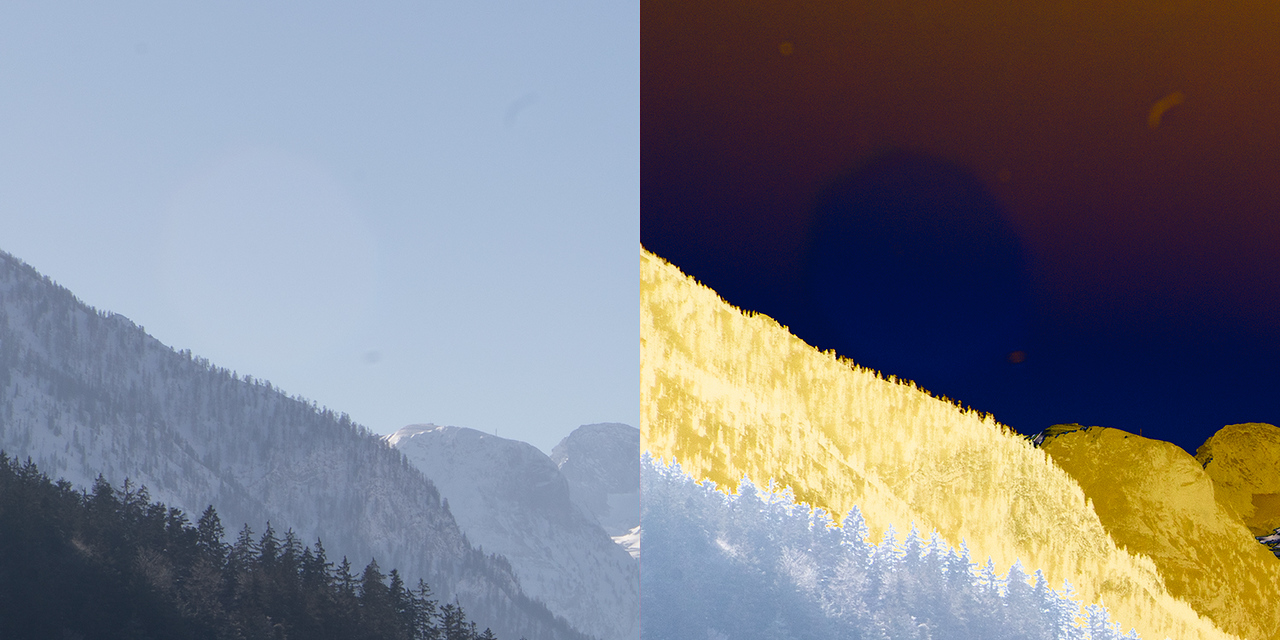 Also, lens flares will be much more visible. You can see one in the previous photo, and here is one more example of it. While in the regular photo, the flare is barely visible, after the filter you can see it exactly. 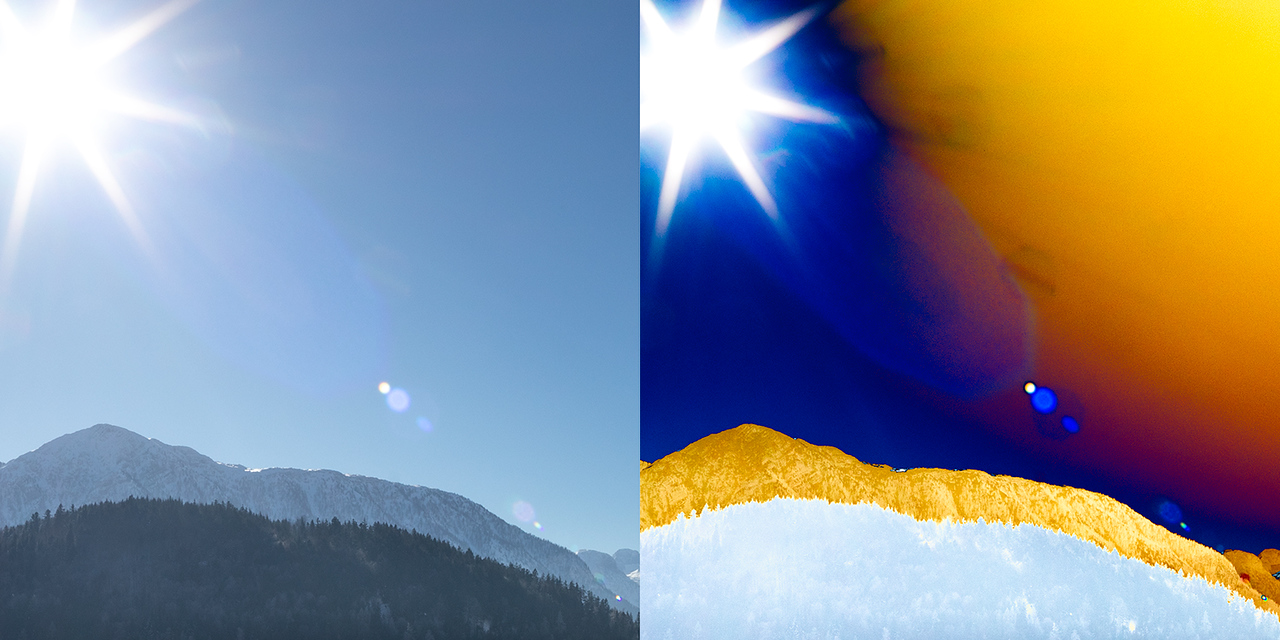 Let’s look at one more example. This is a sky that is not evenly lit due to being merged from multiple photos. If you try to fix it, it’s not that easy, as the differences are minimal. But once you apply the curves layer, the problem is visible immediately. 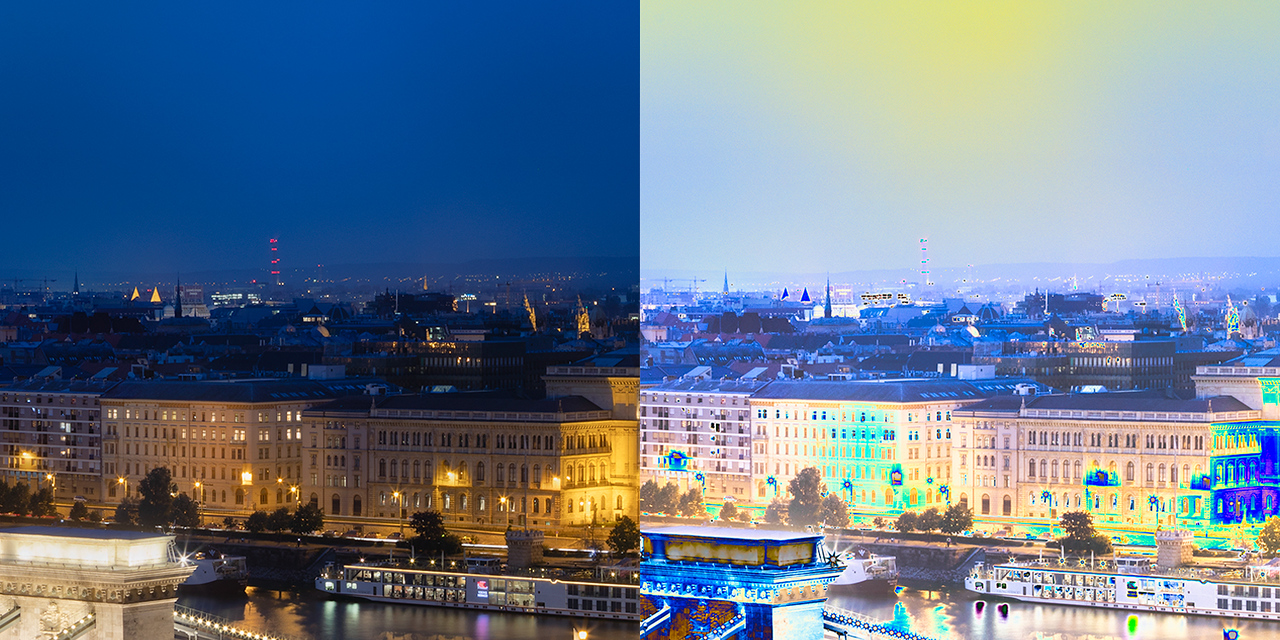 A little bonus for you. When you have uneven color transitions, mostly in skies or after you removed some object using content aware, it’s easy to fix them. Use strong blur on the area and then add noise to the area. Blur will create a nice transition, while the noise will prevent it from creating color banding. Best to do this on a separate layer and then paint it in with the layer mask.