Around a week back I wrote two articles about photo editing for the Topaz Blog, and since I did not link to them here yet, here they are.

The first one is on cityscape editing and I focus mostly on a fireworks photo and noise. The second one is on landscape editing. They both ended up a bit long, but I think you may find both interesting :)

This is at Lago di Dobbiago lake, around midday. There is this little waterfall, and you have a bridge right next to it. It was not the best place to put a tripod on. The moment I set up the shot and pressed the shutter, a car passed by. And since the bridge is wooden, that make it shake so much, I thought my camera will fall into the water. Since I was taking a long exposure, the shot was ruined.

And it was not once, it happened 4 times in a row. There were no cars around, I would press the shutter, and that moment a car would show up from nowhere. Like on purpose. I ended up taking the same photo over and over again until I got one I liked.

I took three exposures for this photo, but they did not align perfectly, so I used only one RAW here. The 12mm Laowa lens was used to get a really wide shot, but I still had to point it a bit down to get more of the water. That’s why the aspect ratio of the photo is a bit more of a square. I needed to do a perspective correction here, and that changed it. I also used a 10 stop ND Formatt Hitech filter, on a NISI holder. 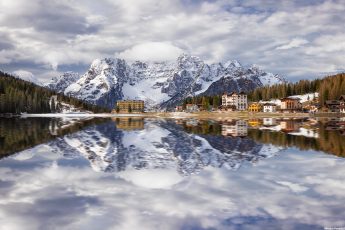 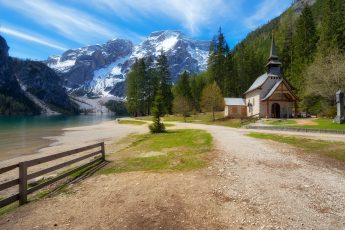 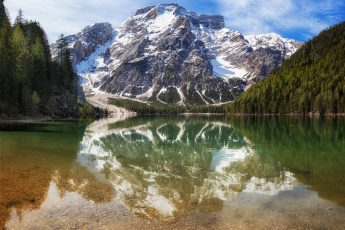