Another Monday, another process post for you. Today I will show you how this star trails photo was edited. So let’s get started.

One from the original exposures

Of course here I used a lot of photos. 80 in total here. All with same settings and all loaded in Lightroom to start with. There I did few tweaks, mostly white balance correction, removed noise and chromatic aberrations, and exported everything into Photoshop. Normally for star trails, is enough to set every layer (except the background one) to the lighten blend mode and thats it. But since there were few clouds in the sky, that crossed in front of the camera while I was taking the photos, I first masked them out on every photo that they were visible. Luckily, it affected only about 15 photos, so it was not so much work :)

Then I merged all the images, as Photoshop worked very slowly with so many layers opened. After that I continued with the following edits (layers numbered from bottom up):
1. the merged copy with the star trails
2. one of the original exposures, to mask in the trees, as they were too bright after the star trail merging. Also they were moving between the exposures and I wanted to remove ghosting.
3. adjustment to the layer beneath, to add contrast and brightness
4. added saturation to the photo
5. retouched out few branches that didn’t fit
6. sharpened the star trails using the High-pass filter method
7. added overall contrast


After that I cropped the photo, to have it more focused on the sky. 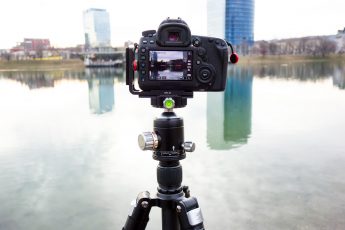 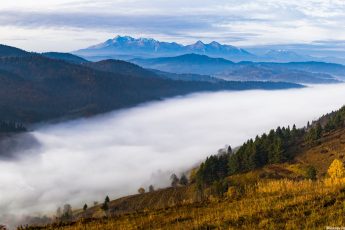