Together with the Everyday messenger bag (you can read my impression of that one here), I also got the LENSkit from Peak Design. The LENSkit is also a part of the Capture lens pack from Peak Design. The LENSkit is an attachment for the Capture clip, that allows for two lenses to be mounted on the outside of you backpack or on your belt. You can even use it to connect a strap to the lens, and just hang it form your shoulder.

The idea is interesting. It can happen often, that you need to put a lens down, while you are changing for another lens. In the box you will find the LENSkit itself, two covers, two anchors that can be attached in three different points and a carrying bag.

The LENSkit looks like if you took two camera lens attachments, and put them back to back. Like this you can attach a lens from either side, exactly the same way you would attach it to your camera. Then the whole LENSkit can be attached to a Capture camera clip (it can rotate in that attachment) or via the provided anchors to different camera straps that Peak design makes.

If you don’t need one of the camera lens attachments, you can cover it with provided covers, so no dirt gets in there. The size of the LENSkit is almost exactly as the size of the Canon 50mm 1.8, as you can see on one of the photos here. It also looks nice with Canon L lenses, due to the red accent color :) From playing around with it, I would probably never attach it to the bag. I just know I would hit it into the first door-frame I would pass through (happened to me few times with an attached tripod to the bag :)). But the other use, having it hanging from the belt or from the shoulder looks much interesting to me. Especially if I would, for instance, been covering an event, and had two lenses I needed to switch between often (lets say a 24-70 and a 50mm lens).

The LENSkit seems to be more suited for smaller lenses, or one bigger, if you hang it from your shoulder. I would not put two bigger lenses on it, as it would loose balance and would not be comfortable to carry. Also one small and one big work quite well.

I think that the main use here, is if you want to carry one replacement lens. That means, you would have a lens in the bottom position, and a cover in the top. When you would like to replace the lens on your camera, you would remove the cover, put the lens from the camera there, remove the second lens, put it on the camera, rotate the LENSkit and then put the cover back. Thats the main use I would see for the LENSkit.

I don’t think I would use it when shooting from a tripod. In that situation, I’m not in a hurry, and I don’t hold the camera, so replacing the lens from the bag is easy. On the other had, as I mentioned before, if I was moving around, covering an event, having a second lens on the shoulder could prove very useful, without having to carry the whole bag.

I’m looking forward to trying it out in the future, and if you want to know more about the LENSkit, you can check out Peak Design website (btw. you can use the code HDRSHOOTER for a 10% discount of all Peak Design products :)). 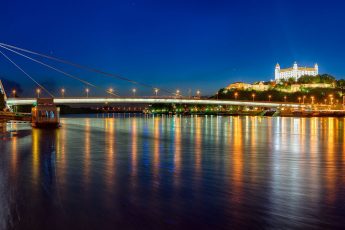 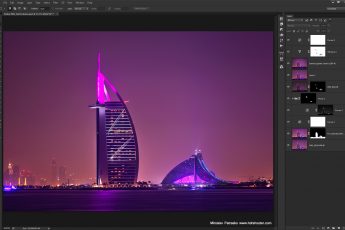 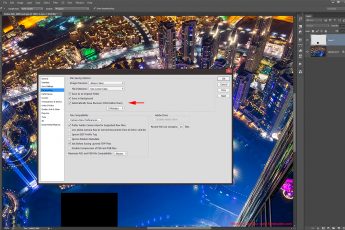 Recovering from a Photoshop Crash