I thought I share with you some of my thoughts on recent things I seen in Photography news. There are mostly negative thoughts, but one can’t avoid those here and there anyway:

– free Nik Plugins collection – since few days, you can get the great Nik Plugin collection for free instead of the 150 usd it was before. In a short term view, this is great, as you will get some very useful plugins for free. In a long term view, this is horrible, as it sounds the dead of professional Nik plugins. Since Google bought Nik few years ago, they had only one release, the Analog Efex II, and nothing else. They have been zero updates to anything since then. And now, since they are free, I don’t think there will be any, ever. I presume the same fate Google had for Picasa. Keep it up for a year or two more without updates, and they just kill it off.

– many photographers starting using Snapchat – recently I seen many photographers starting using Snapchat, and promoting their profiles. From my point, I don’t wont another social network, and I already left few and will probably leave even more. The time one spends updating everything can be used so much better. Additionally, you are never in control of your content there. The company can change anything at any time (just look at Instagram recently, but I will get to that in a moment). I rather focus on the blog, where I have full control of everything.

– the new curated Instagram – the biggest reason I preferred Instagram to Facebook recently was that I could see all the posts I wanted, not what they thought I wanted. This change is not a surprise but it’s not welcomed. Will see how they implement it. I do like that they added the ability to see the notifications on the webpage.

– will the new iPhone change photography? – no, it’s another overpriced phone with a mediocre camera. To tell the truth, I have not used the 6s, just the iPhone 6 for about a month. After few photos, I actually stopped using the camera all together, as I found the quality to be years behind all other phones I used recently.

Ok, enough with the negative reactions, will do some positive next time :)

Here is for you a quick vertorama I took from the Bir Hakeim bridge in Paris. I prefer to take shots during the blue hour, but that day I was busy, and managed to get this only later, on my way back to my flat. Still, I like how the shifting got me much more light trails, to guide you better in the photo.

This is a two shot vertorama, edited in Lightroom and Photoshop. 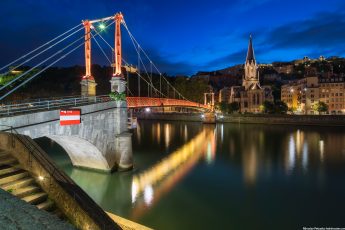 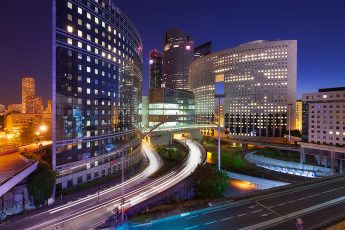 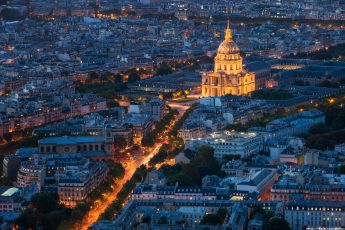