Let’s stop by Dubai in today’s photo. This one was taken a year ago, very early in the morning, right as the sky started to brighten for the sunrise. It was not the easiest shot to take. Right in the middle of where I was standing, is a camera overlooking the area. It would be ok, if there was not a huge cover on it. It really is in the way. Even with a very tall tripod, I could not get over it. So in the end, I took the shot handheld. I stood as close as I could, and braced myself against the camera cover. Not everything worked perfectly, but after few tries, I got few shots I could use.

This is a two shot blend, done in Photoshop. This series was three shots, but one was blurred as I could not hold it still. Luckily I did not need it. 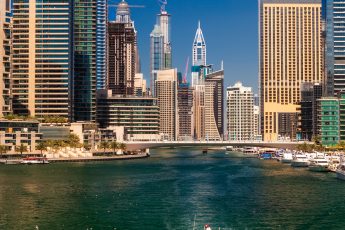 Boat in the marina 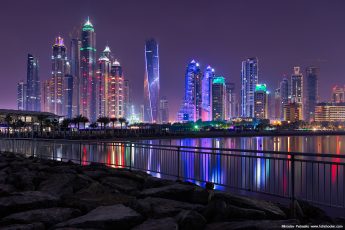 Staying behind the railing 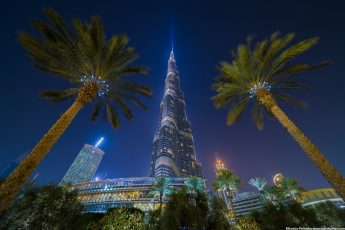