The bridges over Danube

The bridges over Danube

I have only three from the five bridges in Bratislava in this shot, but there probably is no spot, from where I could take a photo of all five. But three is enough for now.

As I did quite a long exposure here, the water looked more like ice in the final HDR. So I masked in a lot from one of the original shots, to give it a little more texture. Also there are some mysterious blue dots in the bottom part of this photo. I have no idea what created them, as there were no boats or any light source there. Maybe because I took this photo from top of the UFO restaurant, I had to have some UFOs in my shot :) 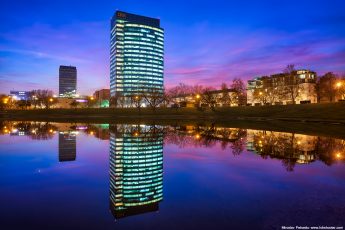 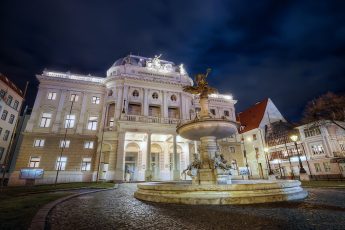 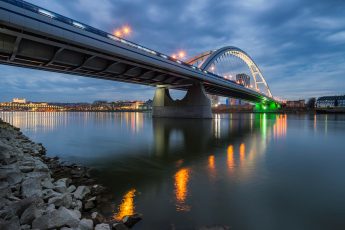