At first I did a straight on photo of the Three towers in Bratislava. But it looked quite boring with the clear blue sky. So I searched for something to fill the frame better, and this is what I ended up with. They say, that you should never have the horizon under an angle of 15 degrees, as then it looks line you made a mistake. So I think that with the almost 45 degree angle in this one, I’m on the safe side.

Also this is the first photo I’m publishing, which is not done using tone-mapping. I used exposure fusion on this one (second technique available in Photomatix). Exposure fusion can give more realistic results than tone-mapping, but it’s not so good if the dynamic range is very high. But it worked quite nicely on this one. If you would like to see my Photomatix settings, head over to my Facebook page, where I uploaded a screenshot yesterday. 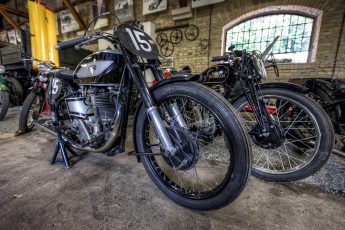 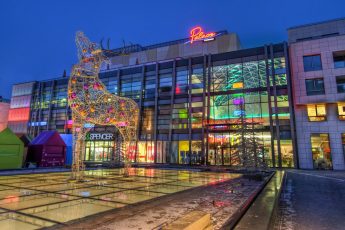 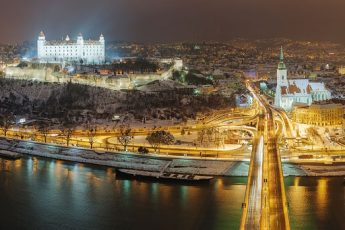