When they turn on the lights

As I was taking photos of the Bratislava skyline, and they turned on the street lights, this small square was the one most noticeable from the spot I was standing. Probably because it was the only one not blocked by any building :) It looks really interesting, so yellow in the middle of a blue city (as it was during blue hour)

Manual blend from three exposures, edited only in Photoshop. Photo taken from the Bratislava Castle fortifications. 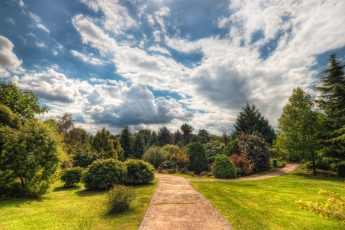 Path through the Botanical Garden 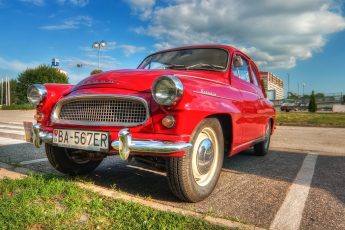 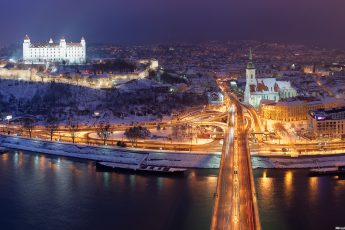