Waiting for my camera

Recently I had quite a few problems with the Sony a7R, and it got to the stage where the camera was almost unusable. Last time I tried to go out with it and take shots, it crashed on me around 10 times in less than a hour. That is just not acceptable. So last week I turned it in for a warranty service, and now I’m just waiting for what they do with it. Hope it fine afterwards.

I was going through my old photos yesterday, and since there are still many that are worth of editing and sharing, I will do so. Here is one taken in 2013 during my trip to the UK. With my brother I also visited Lake District (while going from Birmingham to Edinburgh) and while it was a bit colder that one would like, I still got some nice shots. Definitely will have to revisit some time in the middle of Summer :)

I actually tried to edit this shot in 2013, but I did not like the result. But now, with a bit more experience and knowledge of Photoshop, I got a result I liked. This is a blend of three exposures, one for the base, one to brighten the island and the last one to darken the sky. Edited in Lightroom and Photoshop. Photo taken near the port in Keswick. 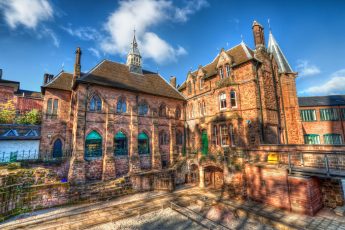 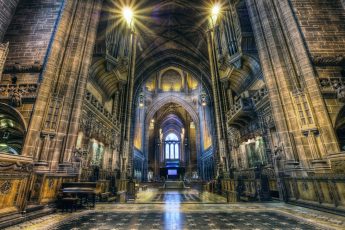 Screen in the Liverpool Cathedral 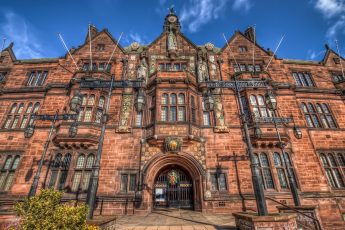