Over the last few years Aurora HDR has become one of the most used HDR tone-mapping software. And just today, Skylum (former Macphun) have announced the new version, Aurora HDR 2019 and opened the pre-orders for a discounted price. The full release is on the 4th of October. 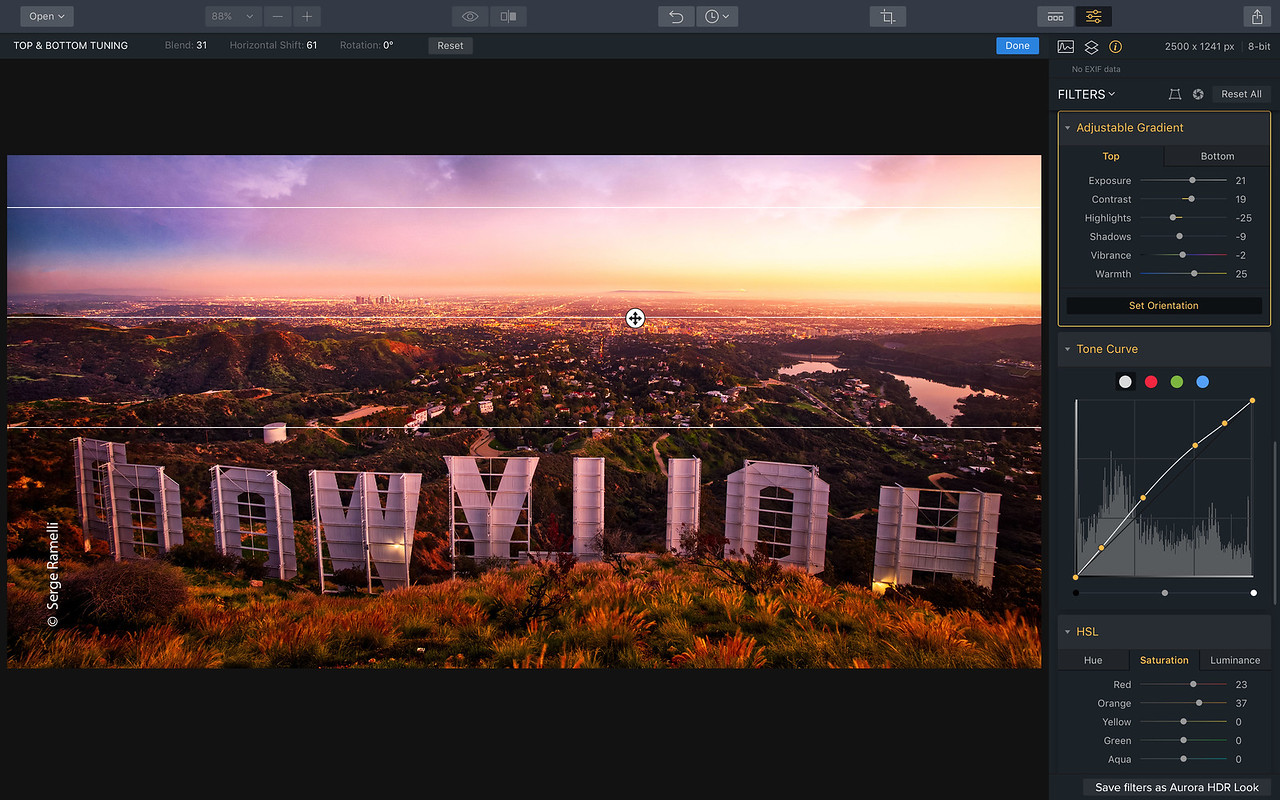 The biggest change for this version is the new Quantum HDR engine that should use AI to make the results better. There is also now support for LUTs and a new Smart structure. I already do have a test copy of the new version, but yet not had enough time to fully try it out. There really are a lot of functions there, so that will take a bit of time anyway. 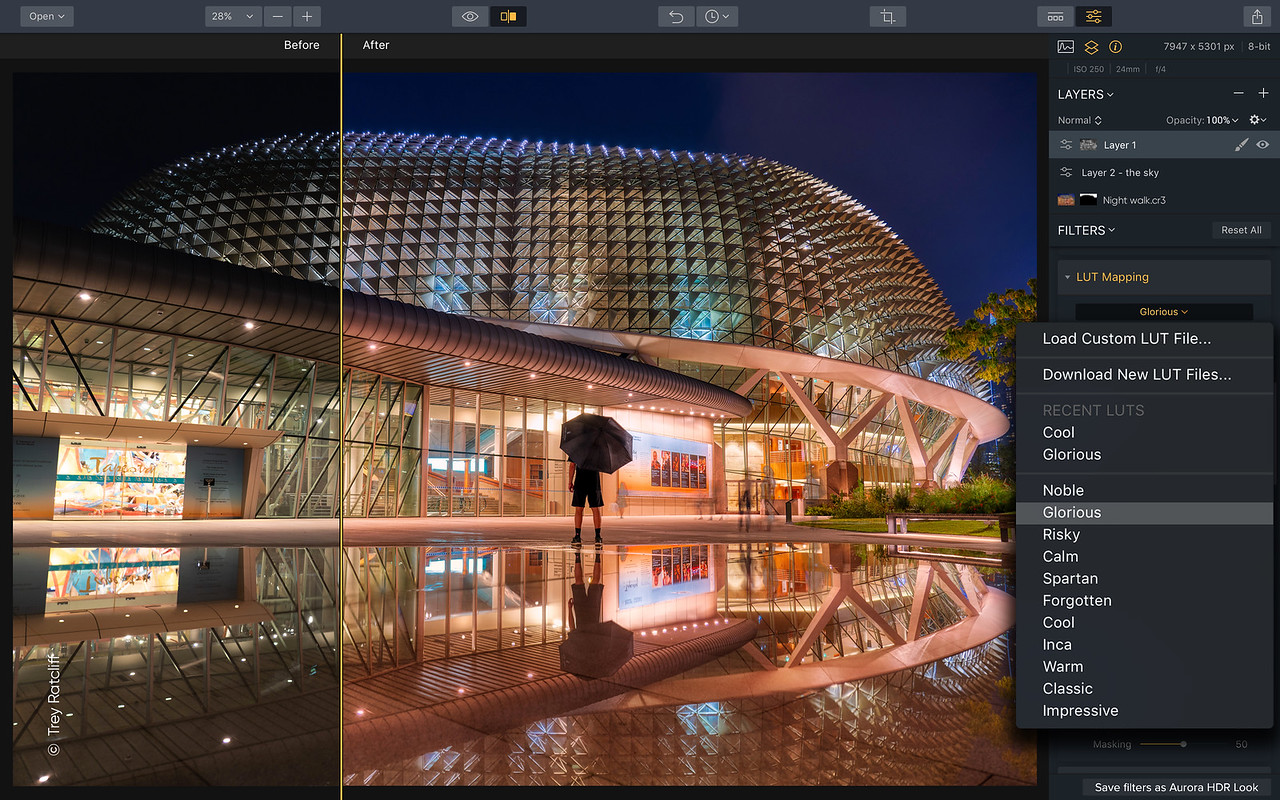 For now my first impression is, that it still is a great and quite easy way to get into HDR photos, without having to rely on working with more advanced software like Photoshop.

I will be testing it more, and will share with you my thought over the next week. For now, feel free to visit the Skylum site for more information.

I wanted to go a bit further back here, to get the whole towers in the shot, but I could not. Still, the 12mm Laowa lens captured them almost completely in one photo. There two golden towers are right in the center of Astana and what I know are office building. You could have actually seen them in one of my recent update, to be exact in this photo. They look quite golden and shiny during the day, but at night, with the blue sky reflecting, they look a bit more green, like here.

This is a three shot blend. I had to mostly just correct the very strong light of the Bayterek monument in the middle and a bit of the other yellow light on the buildings. Edited in Lightroom, finished in Photoshop. 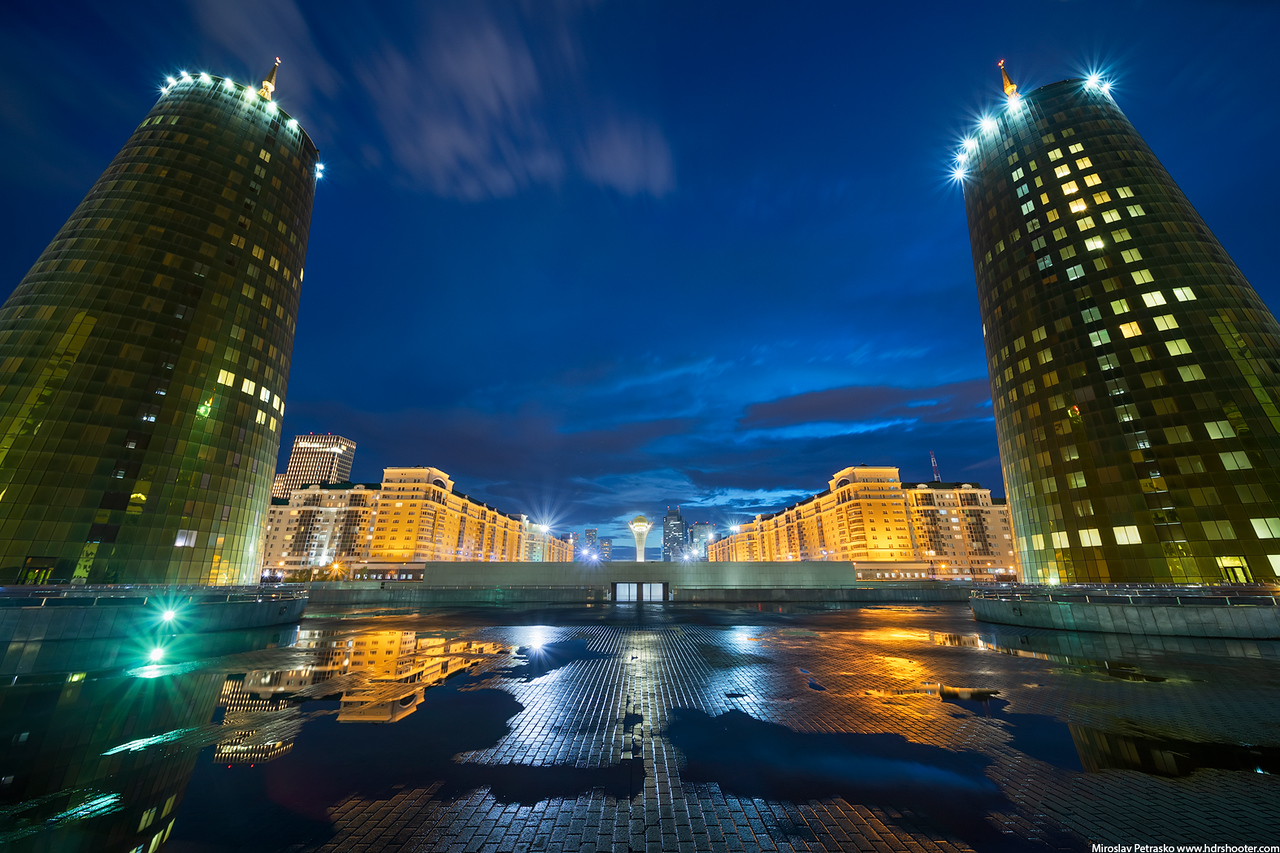 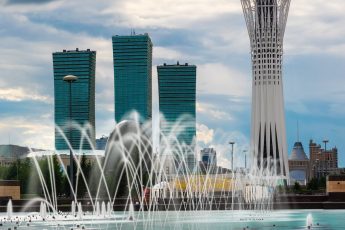 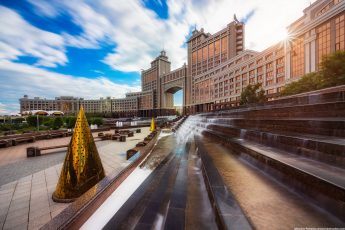