Snow covered rocks at the Danube

I wrote about focus blending a really long time ago, but as today’s photo is a really nice simple example, let’s shortly go over it here. With one part really close to the camera, the other far away, it’s really easy to blend them together if there is only water in between. The water will mostly not be sharp anyway, so you can just do one shot focused on the back and one at the foreground. Then just load both into Photoshop and using a simple graduated mask, blend them together.

I did the same for today’s photo, just with a small difference. I did it as a vertorama, where I changed focus between the shots. Some panorama programs will not merge a photo like this, but as I said, it’s easy to do it manually.

Snow covered rocks at the Danube 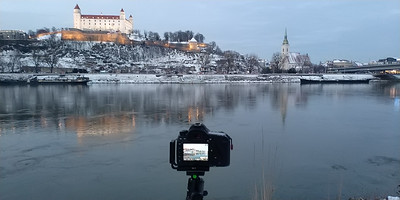 It was snowing quite a lot in Bratislava on Monday, but as the evening came, it all started melting. So I just had to go out to take few snowy photos before it all went away. I wanted a new nice photo of the snow cowered rocks at the Danube, and as the river is quite low right now, I got them.

This is a two shot vertorama, where I used two exposures for the top part (because I needed to tone down the bright lights of the castle) and one shot for the bottom part. Edited in Photoshop. 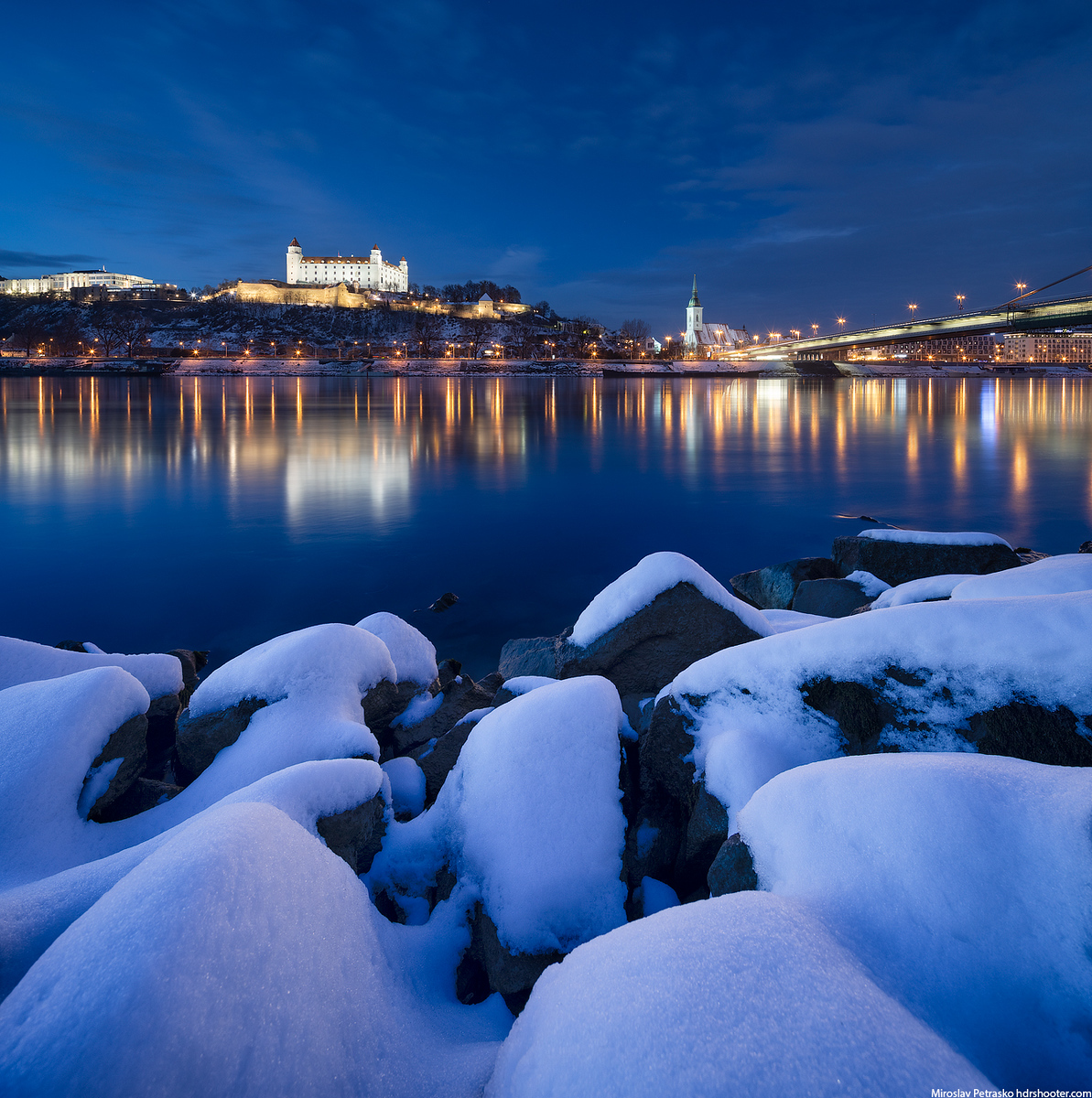