Light beams at the Old bridge

Light beams at the Old bridge

Let’s continue with another photo from my archives. This one I took last year at the White night event in Bratislava. If you never heard of the White night, it a night where there are many light installations around the city, just for that night. It’s quite popular here and the streets are full of people that day. The next one is still a bit off, as it’s on the 28th of September.

This shot was taken under the Old bridge, when they had these moving light beams shining from the bridge. Sometimes they have these, sometimes they have color lights inside the bridge instead. I like both. I took multiple photos trying to catch the lights pointing straight up, and almost got all of them. This is a two shot vertorama, each shot from two exposures. Blended and merged in Photoshop. 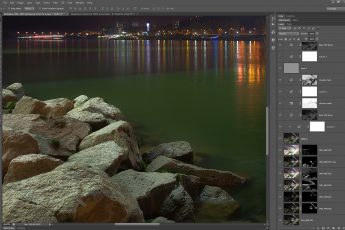 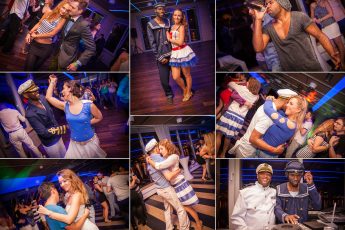 A busy weekend ahead 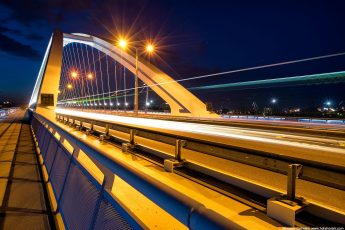