So I got back from Budapest few hours ago and here I have a first photo from this trip for you. This is of course the Hungarian Parliament, captured during the blue hour. I did this photo from the Margaret bridge, and I really had problem with the bridge shaking very heavily, especially when a tram passed by. One would think that such a huge concrete structure would be more stable. But after a while of searching, I found a spot where the shaking was much acceptable, and you can see my setup on a photo on the right. You can also see, that I used 2.8 aperture, to just get as fast as an exposure as possible.

Btw. I have to say, each time I return to Budapest, it looks better and better. During the last months, they finished the area around the Parliament, which just looks so better now, the new metro line, which came very handy during my trip, the square in front of the train station, and much, much more. They really are on a roll now :)

This is a blend from 4 exposures, created only in Photoshop. 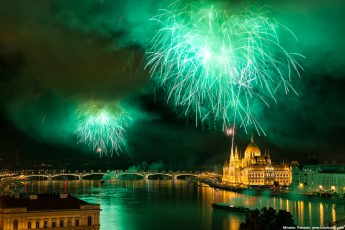 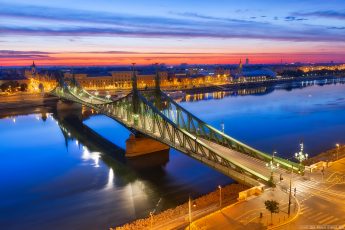 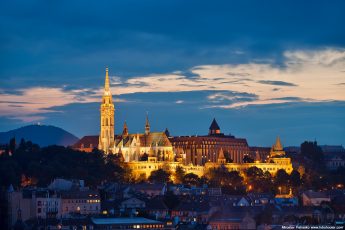 The church on the hill