Really a long time passed since I posted a process post. But today, I will show you how I edited one of my recent photos from Paris, and of course also how it looked straight out of the camera. So let’s take a look.

If you looks at the start and the result, you can see where the problems were. The original photo is boring, does not include this yellow glow one wants when shooting into the sun, it’s too dark/bright in some areas, and there are lens flares. That all needed to be corrected. My first edits were in Lightroom. The biggest one was the change in white balance, to get this golden glow into the photo. I also removed chromatic aberrations here.

This done I exported all the files as 16-bit tiff files and loaded them into Photoshop. There I did the following edits (layers numbered from bottom up):

1. The brighter of the two exposures
2. Exposure with my hand in front of the sun. I used a brush to just pain in the bottom part of this photo, that I wanted to use.
3. Color balance. The photo was not golden enough, so I shifted the color until I had the result I wanted (in this case, I had to push all the midtones to around -25).
4. The darkest exposure, from which I painted in the sky.
5. I felt that the sky was still not dark enough, so I returned to Lightroom, underexposed the darkest exposure, exported again, and did the same as I did with the layer underneath.
6. Added linear contrast to the photo
7. Brightened the midtones of the photo with a curve.
8. I still wanted more color, so I used Color Efex Briliance & Warminth, to boost the yellows in the shot. Then I removed it from few areas, as I though it was too strong there.
9. The tower was fading a little into the sky, so I added more contrast to it, to make it more dominant.
10. It still needed a bit of color
11. I ended up with a little of Color Efex Pro contrast, to mostly get more definition in the foreground. 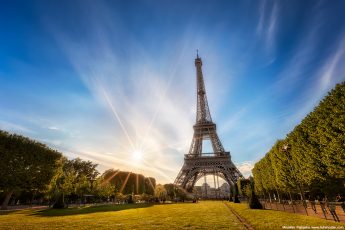 What is HDR and why it's used? 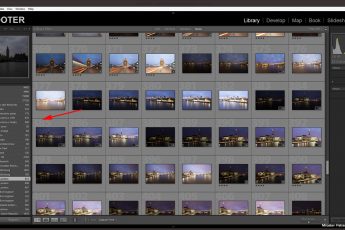 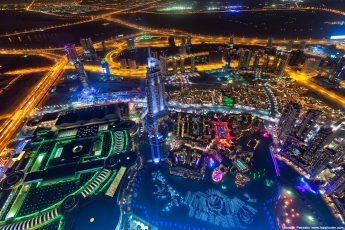