I really like to take photos of the John Frost bridge in Arnhem. And not only because I like photos of bridges in general. It’s just so colorful at night, with a perfect reflection. And you can even get under it.

I took this photo few years back. I was on a ship docked nearby and I had some time so I went to take few photos during the sunset. It was a bit of a strange walk. A short while after I took this photo, the two cars you can see in the distance, started drag racing. Not sure if that was the best location to do that, but luckily, as it was early in the year, there were very few ships there, and no one around. Still, not the smartest thing to do.

This is a blend from three exposures. I think it’s quite obvious that this was taken with a fish-eye lens. No, this is not a panorama, but I ended cropping it into a more wider aspect ratio. The sky was just boring and I had too much of the foreground, both taking away from the main part of the image, the bridge. Blended and edited in Photoshop. 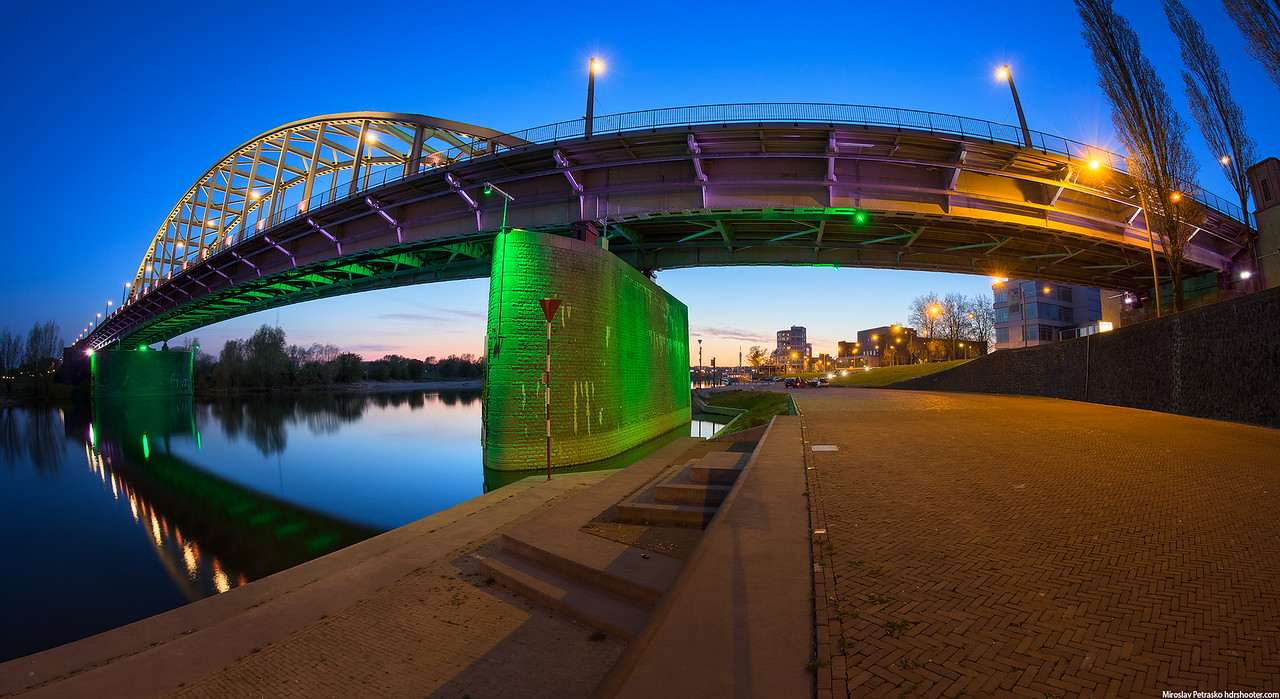 Neon lights on the bridge

For those new here, you can see all my photo in one huge gallery on my portfolio page. You can find it as always under www.hdrshooter.net :)

Neon lights on the bridge

Let’s continue with another photo from my huge Lightroom catalog. This one was taken one cold early spring in the town of Arnhem near Amsterdam. The neon light on the John Frost bridge are quite strong and make for a very colorful view.

This is a two shot HDR vertorama. It’s not really tall, as I did the vertorama only because a little bit of the bridge was not visible in the shot from where I was standing. So here I did two sets of 5 brackets, exported all from Lightroom, combined into blend planes in PTgui Pro. Then I merged them into HDR in Oloneo Photoengine and finished with blending the HDR with the original shots in Photoshop. Just few steps really :) 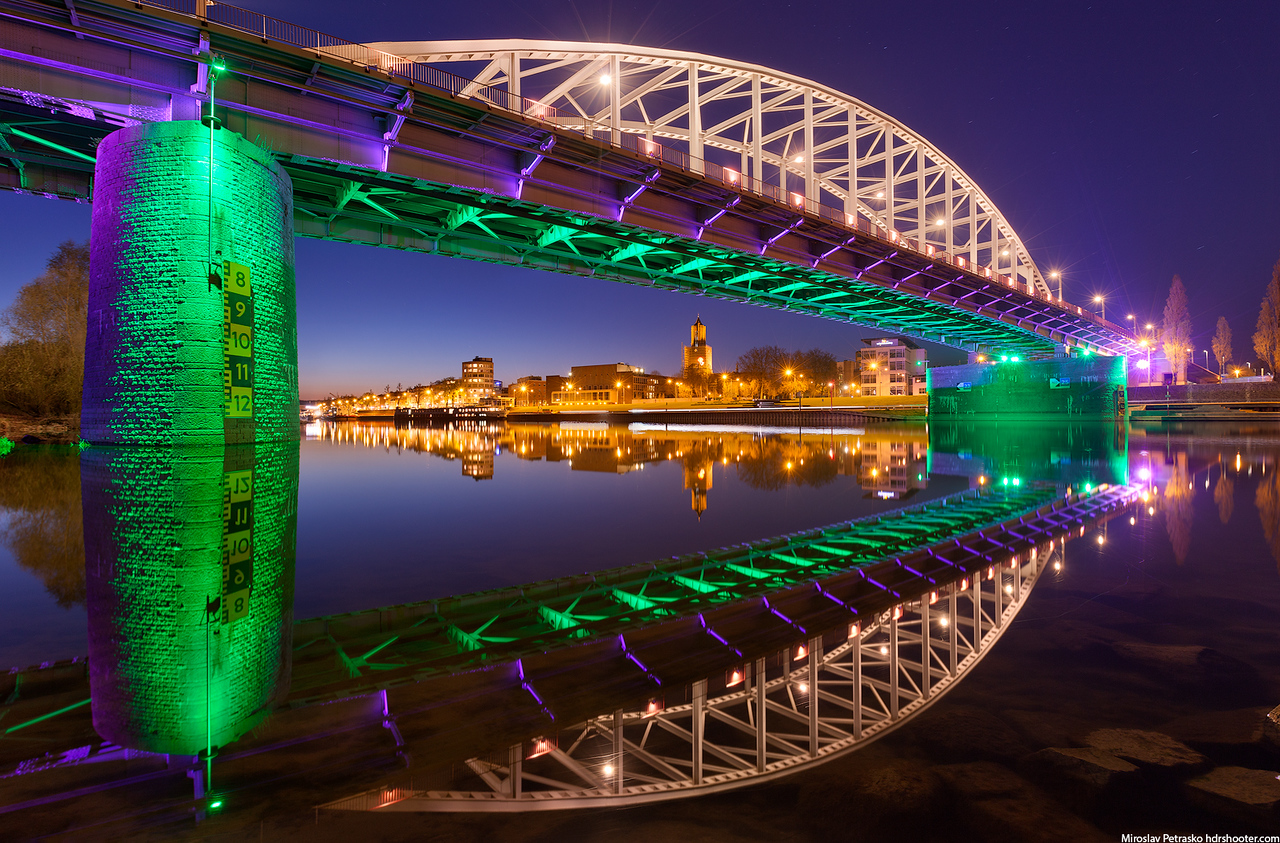 Other side of the bridge

I though I would share with you my first thoughts on the Everyday messenger bag today, but as the delivery is late and I don’t know where it is (btw. what is the point of tracking, if they delivery company does not include the location in the updates? ), that would have to wait. So for today, here you have a shot of the John Frost bridge from Arnhem in Netherlands.

This is a HDR from 5 exposures, created in Oloneo Photoengine, finished in Photoshop.

A bit similar photo to the one I posted two days ago, again a brige a reflection and a sunset. But this time regrettably, from the place where one could get a nice view of the bridge, one could not see the sun. It does make the photo a little less colorful. I could have added more color in post-processing, but it would not feel real to me afterwards.

This is a 3 shot HDR, created in Oloneo Photoengine, finished in Photoshop.

Too bad that when one fully corrects a fisheye lens distortion, a lot of the photo is lost. But at least now Lightroom supports the Canon 8-15 fisheye, without needing to search for user created correction profiles.

This is another photo of the John Frost bridge in Arnhem, taken with a fish eye lens, corrected in Lightroom and then combined into HDR in Oloneo Photoengine.