It’s a simple question. Do you keep your Photoshop (or other software, if you use that) files once you are done with photo editing? I do and I’m curious what other photographers doo. It takes quite a lot of hard drive storage to keep them, and I almost never need them. Let’s look at some reasons why to keep them or why not.

Takes too much storage

Ok, the biggest reason again, is just the size. I even had to switch to PSB from PSD files for my photos, as the PSD is limited to 2GB in size and most of my photos will not fit into that. And with adding more and more photos every day, this gets into terabytes over time. And of course, you have to at least double this, as one needs a backup all the time.

This became a smaller problem over the years, as the price for storage is going down all the time, and even 8 and 10tb hard drives are quite cheap now. Still, it’s a huge amount of storage, that you have to deal with.

You will almost never go back

Since they are also so big, they open quite slower, and a lot of programs can’t even show a preview of them at all.

I, and I think you should too, always back up your RAW files. Being able to go back, and re-edit a file you took years ago, with new software and new techniques you learn is just great. But in this case, you would start from the beginning, with the RAW file. One would not go back to the PSD and try to re-edit from an already finished version.

You can see and show how you edited a photo

Probably the biggest reason I keep the files for myself. Here and there I show sometimes how a photo was edited, and in the past, I did that regularly on the blog here. But I stopped doing that, as in reality, you can’t really learn that much from that. One does not need to know how a photo was edited, but which techniques were used to do so. What works on one photo does not have to work on another.

In the end, I keep them, as I have enough storage to do so. But I have no real use for them or reason to do so. Maybe it’s just because I spend so much time working on them in the first place.

What do you do? Do you keep all the files or just get rid of them and keep the result?

As I spend the last weekend taking photos around Prague, here are few shots from behind the camera.

My Surface Pro 4 is slowly starting to have problems, so I thought it was time for something new. And…

While this photo looks like a panorama, it is not. In reality, it’s a shot from the 12mm Laowa lens, that I cropped down. I was not standing directly on the rocks, and I wanted to include them in the shot, while having the whole Dubai marina behind it. So I used the 12mm to get the rocks in the shot and kept it leveled to avoid perspective distortion. But that resulted in a lot of empty sky, that I did not like. And after I cropped it off, I got this panoramic view from it.

This shot is taken from Palm Jumeirah and the rocks in the front are of course part of the palm. This is a blend from two exposures, done in Photoshop. 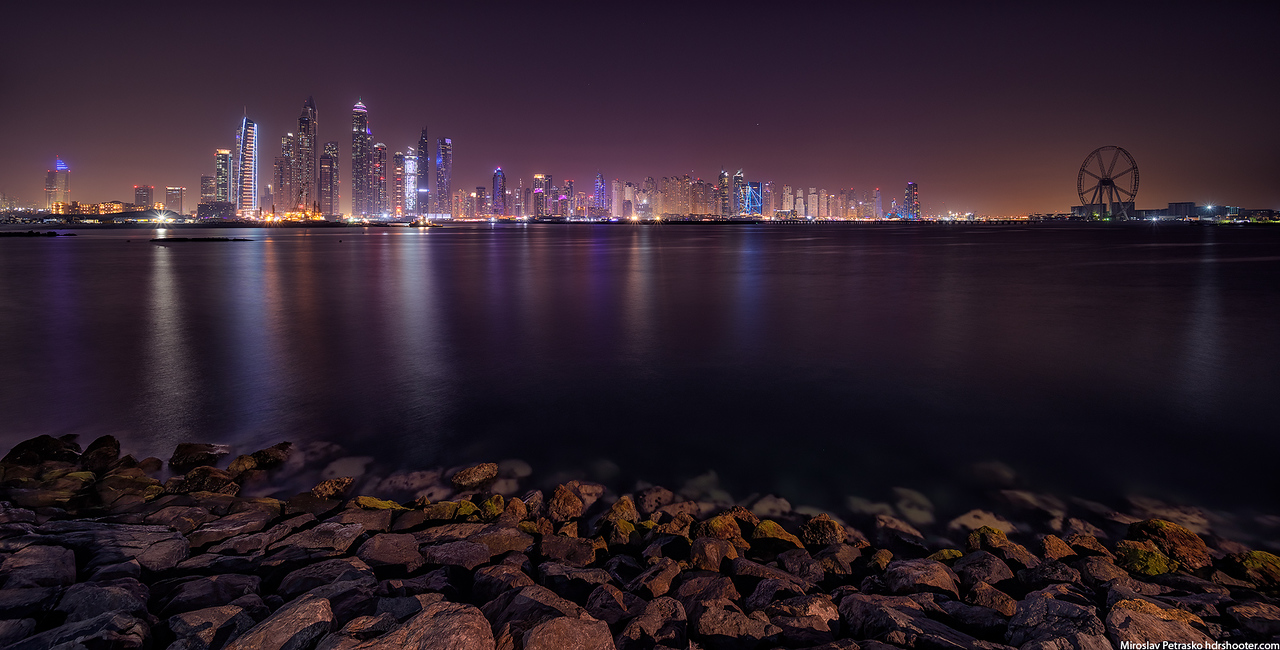 Morning sun at the Liberty bridge

Morning sun at the Liberty bridge

Let’s do a nice warm photo, even if the day I took it was not really that warm. This photo was taken one early autumn day in Budapest, very very early in the morning. It was raining during the night, and I was not even sure if I go out to take photos. But I woke up, and I gave it a try. And it was one of the nicest sunrises I ever seen. Not that it works like that every time. Most of the time you are happy if you get a nice photo at all.

This photo is a blend from 5 exposures done in Photoshop. There is a bit of a final touch done with Topaz Adjust AI. 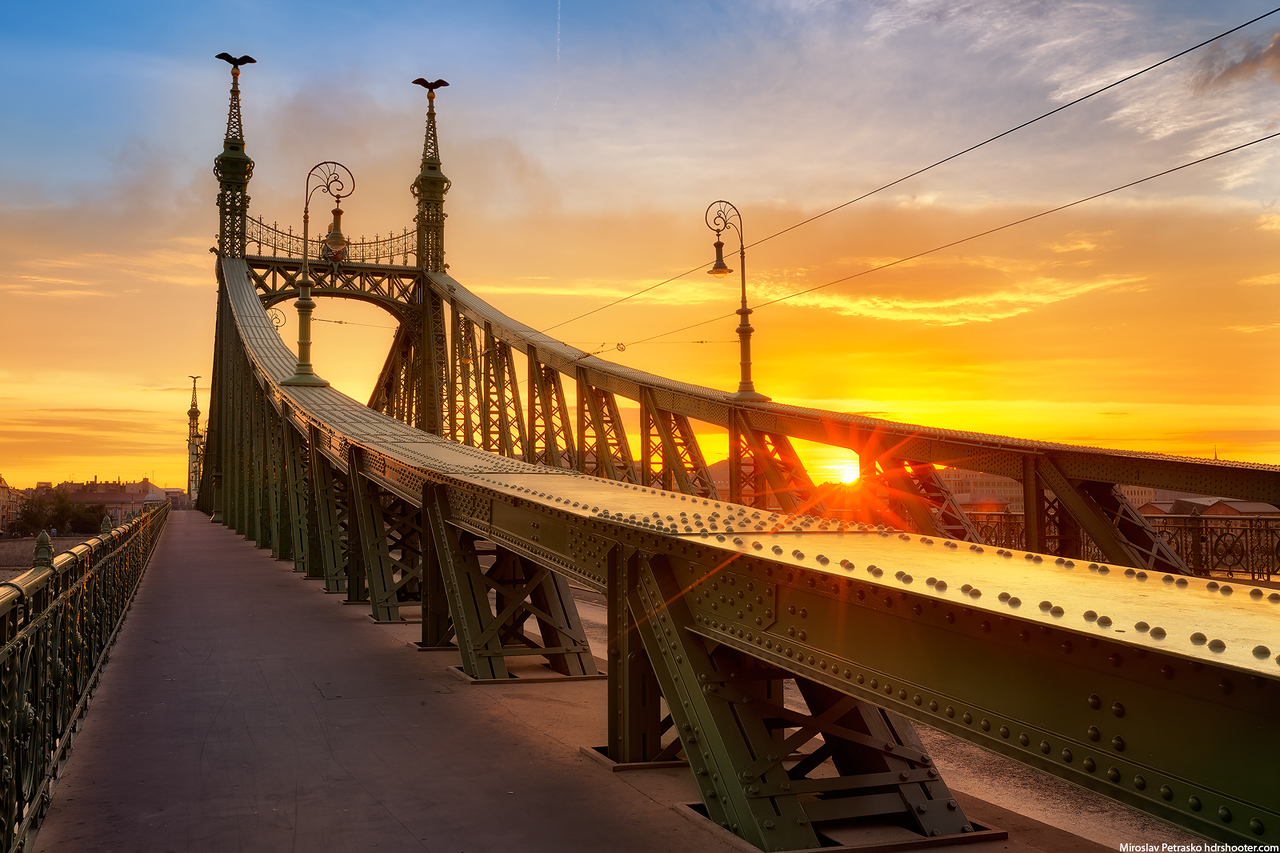 And here is also a comparison to the original RAW file. You can see why I needed to use so many brackets this time. 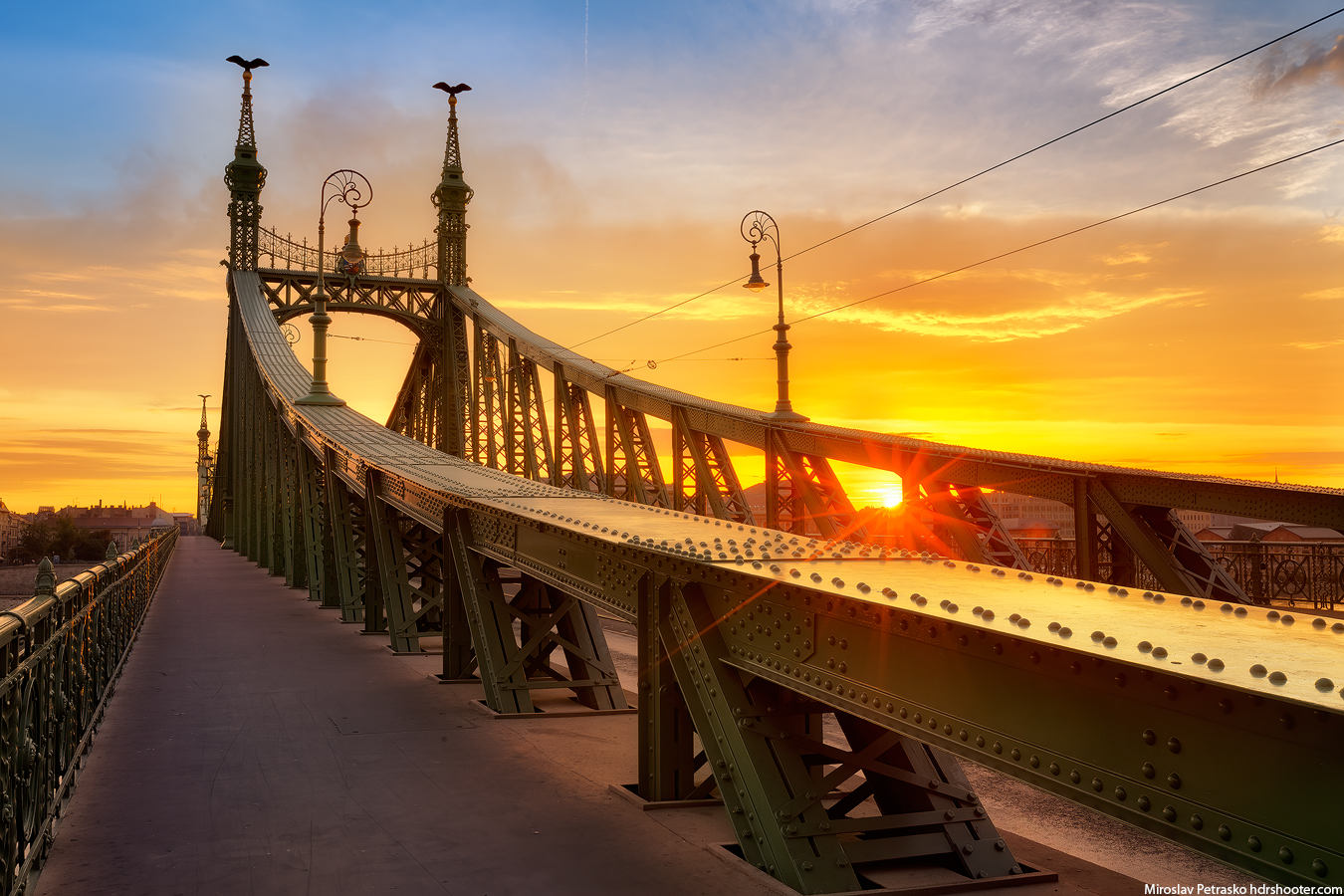 Beautiful details in the Cathedral

Beautiful details in the Cathedral

I edited this photo sometime in January, but I never posted. It happens to me sometimes, I edit a photo, save the PSD and just leave it be. It’s like I have to think about it more. Then from time to time I clean up these unsorted PSDs and do one or two more edits and it’s done.

Same with this photo from the Sts. Peter and Paul Cathedral in Pécs, Hungary. I just toned down the color on the carpet as the last touch and I was done. Now I can post it.

This is a three shot panorama, combined in Lightroom, edited in Photoshop. No blending needed here, as the lighting was quite even from the start.

A bit more simpler image today. No city, no lights, no traffic. This is a zoom in on the mountain peaks in the distance, as seen above Zermatt in Switzerland, when standing under the Matterhorn.

This is a single image, croped down into a more panoramaic shot, edited in Photoshop.