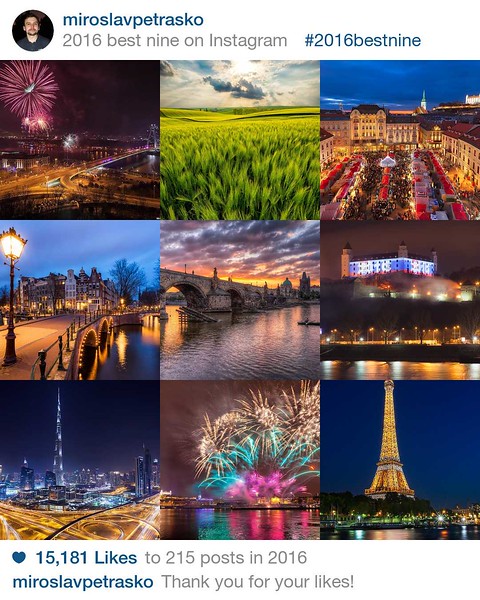 I think that nobody is surprised that I’m sharing another fireworks photos. And I will share few more in the coming days. Everybody in Bratislava was very lucky with the weather during the New year. Clear sky with only a bit of wind. Total opposite from the 1st January. It rained and was really windy. We were really lucky.

This photo is actually a composite of 5 photos that were taken in a series. Each one had one nice fireworks explosion, but I did not like any of them particularly. So in the end, I used one photo for the bottom scenery with one of the explosions and three more with the other explosions, blended in. Then I did not like that the photo was too narrow, so I found another photo that was taken a bit wider and I matched a part of the scenery to make the photo wider. It’s hard to see where, so I could maybe left it just black, but I would know, so I had to fix it.

Took a while to put this together. This is actually first time I’m posting a composite photo of fireworks. But I quite like the result so here it is :)

It’s became a bit of a tradition for me to go out for the New Years fireworks and post a photo of them right afterwards on the blog. And of course I did that again this year :)

I hope you will all have a Happy new year 2019 and you will keep on following me and my photography adventures. 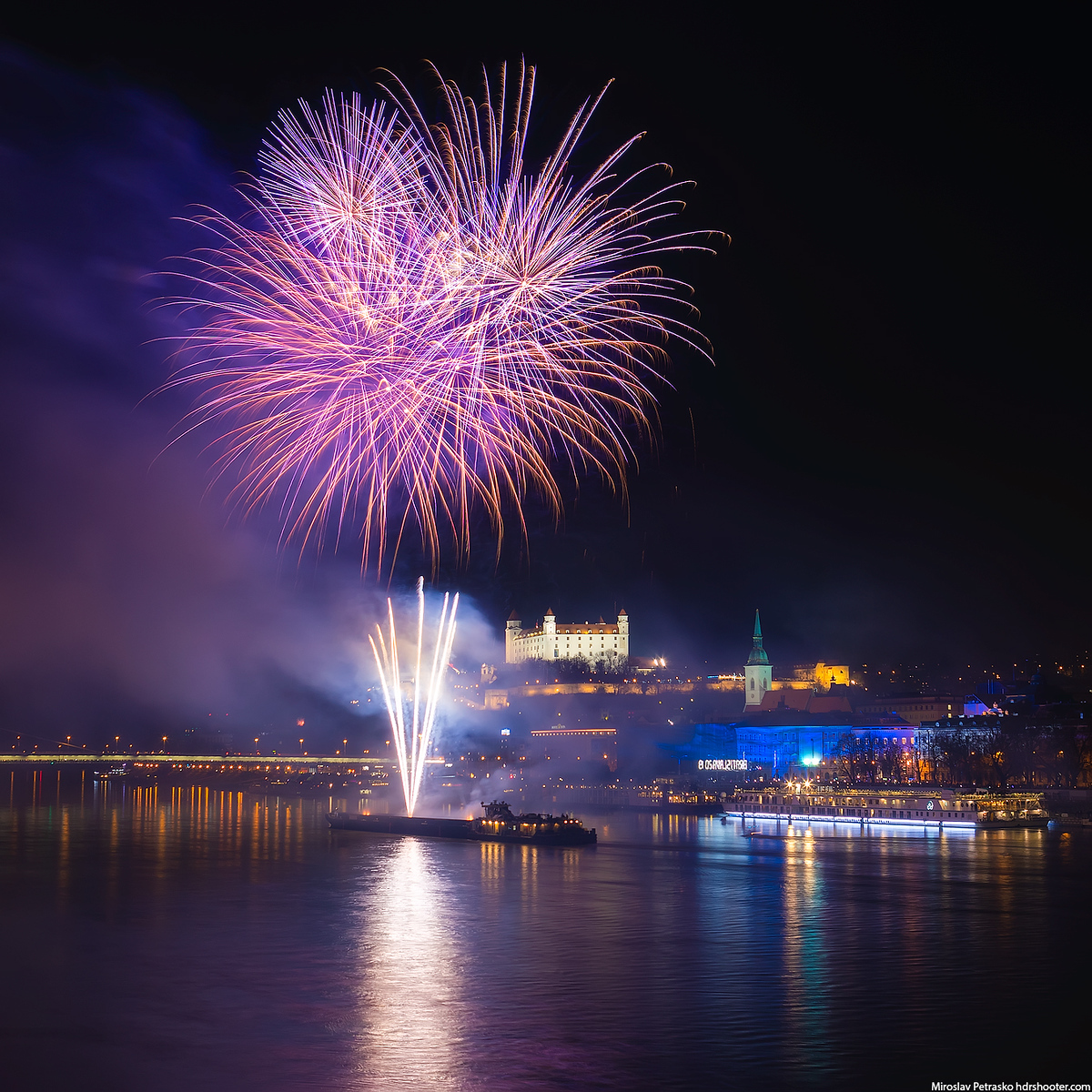 I went out today to check out if they have the same light deer at the Eurovea Shopping center in Bratislava this year. And yes, it was there. Though I think, when I compare it to my older photo of it, that it’s missing some light this year. Looked better before. Actually I was surprised just how many people were in the city. The time between Christmas and New Year is usually very calm in the city, as a lot of people are just not here. Not this time obviously.

It’s quite warm in Bratislava this week, so I already fear another foggy New Year. Last year one could barely see the fireworks, and hopefully that will not repeat again.

This is a HDR from 5 exposures created in Oloneo Photoengine, then blended with two of the original exposures in Photoshop.

Kuchajda lake in Bratislava is really perfect for reflection. It’s almost always perfectly calm. That if if you are lucky and there are no ducks or swans swimming around in front of your camera. Still, you will probably get a reflection if you go there.

It’s even better if there are fast moving clouds moving across the sky combined with the sunset right in front of you. Usually makes for some nice colors.

This is a single exposure, double processed in Lightroom and then blended in Photoshop. 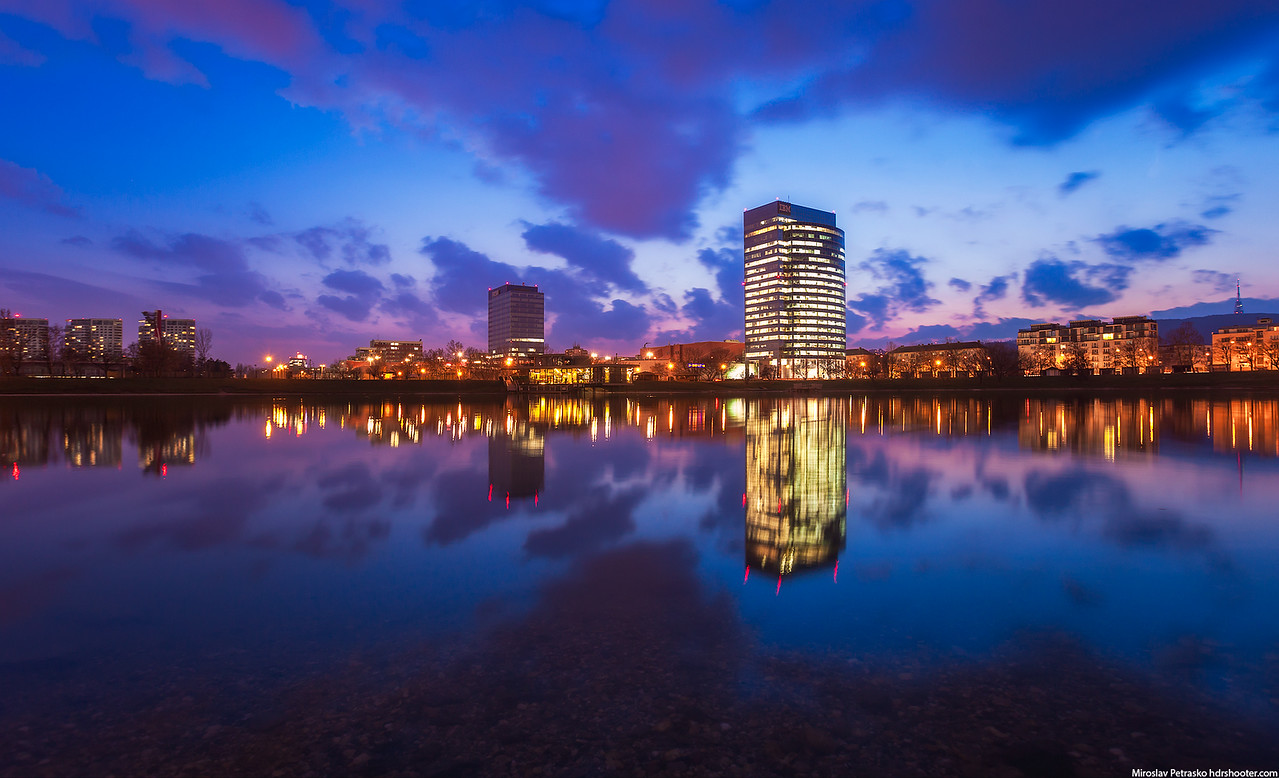 High Tatras in the morning fog

High Tatras in the morning fog

I did not have yet many oportunities to take photos from above the fog, so when I did I did a lot of the. This one is from last year, when I visited Lesnica in Eastern Slovakia, close to the Polish border. From there the view of the High Tatras is great, if it’s not covered by fog. And it was, but it cleared up a bit and I got a shot.