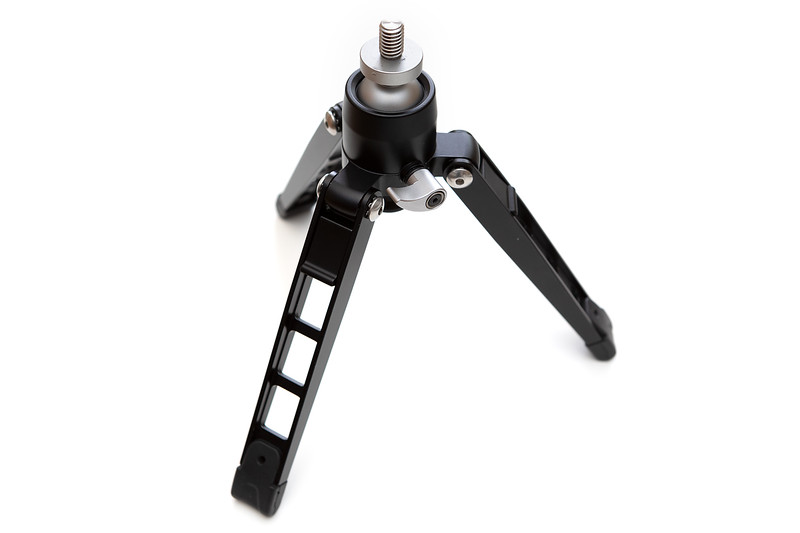 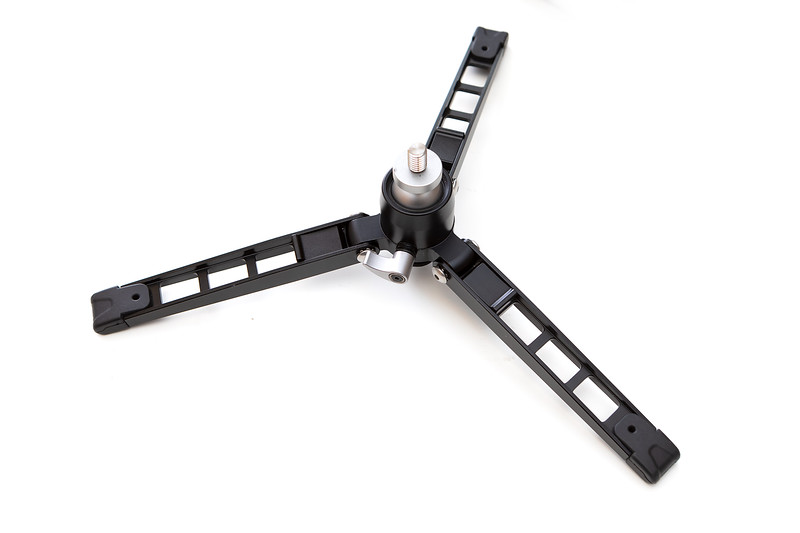 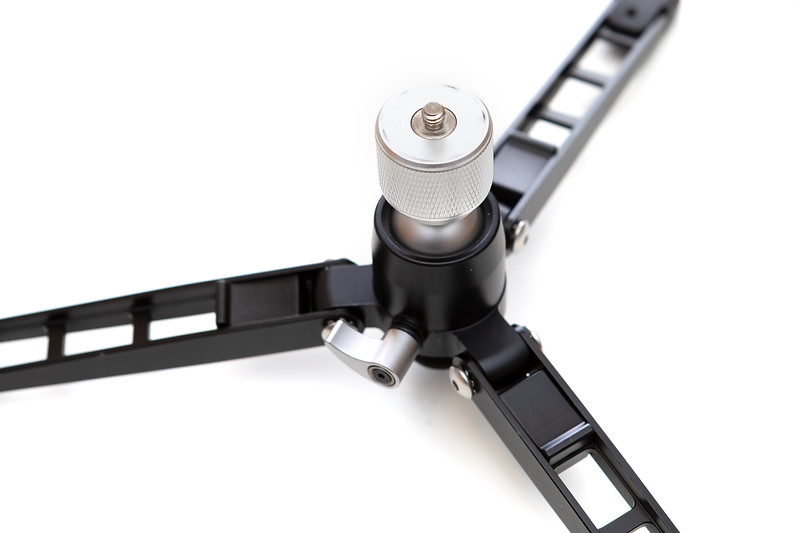 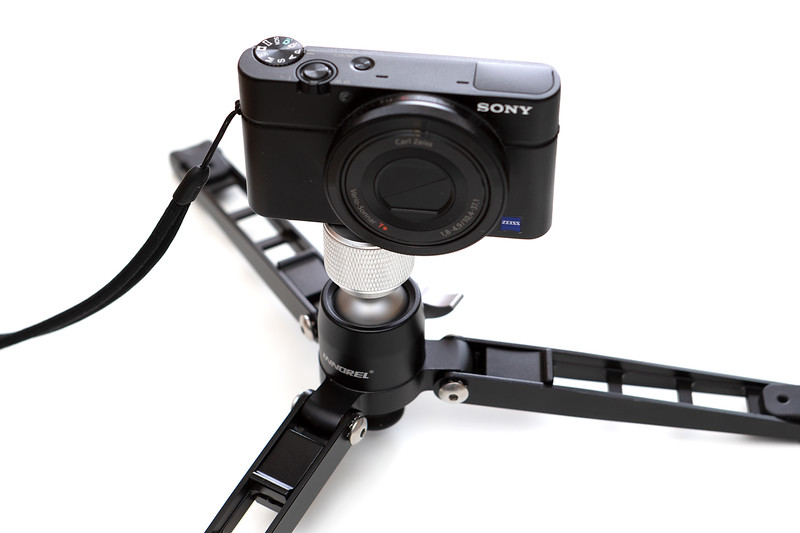 My plan for this evening was to go and take new fireworks photos. But it’s been raining the whole day, and the forecast is not good. It’s been raining most of the week and some of the forecasts show the same for the whole next week. Really not good, as I also wanted to go to the rolling fields in souther Moravia this week, which was also not possible. What can you do? 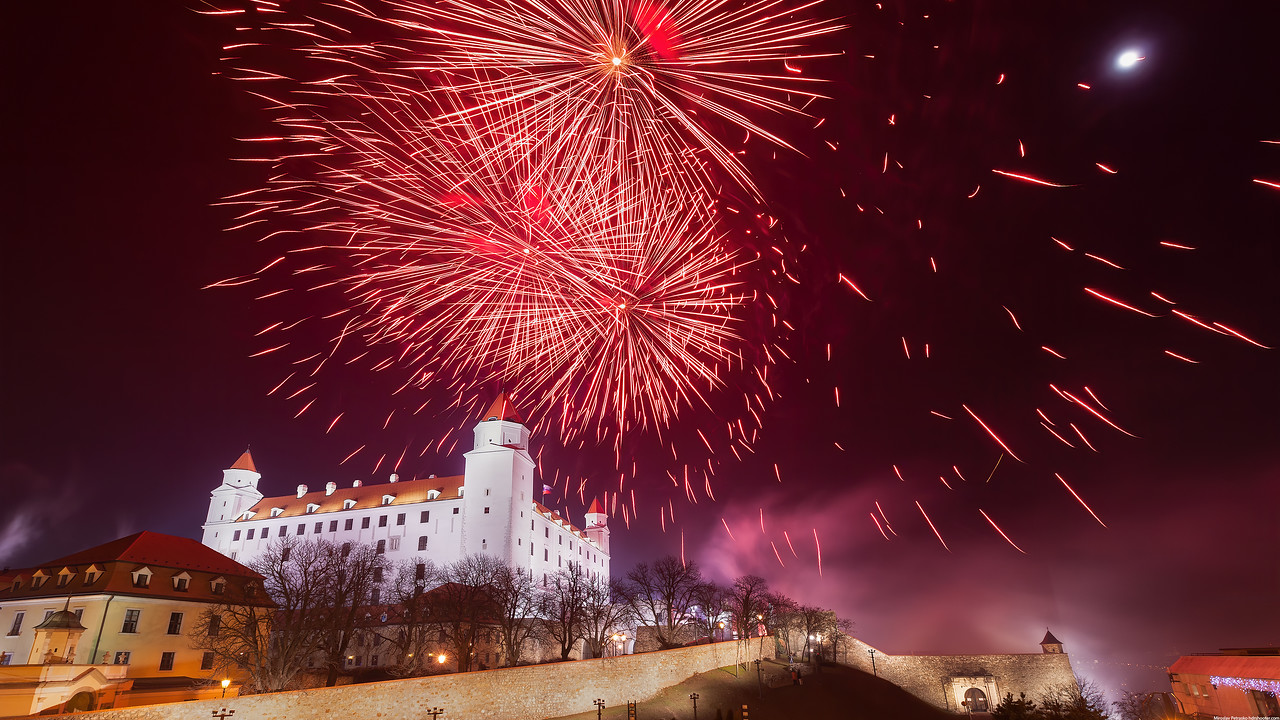 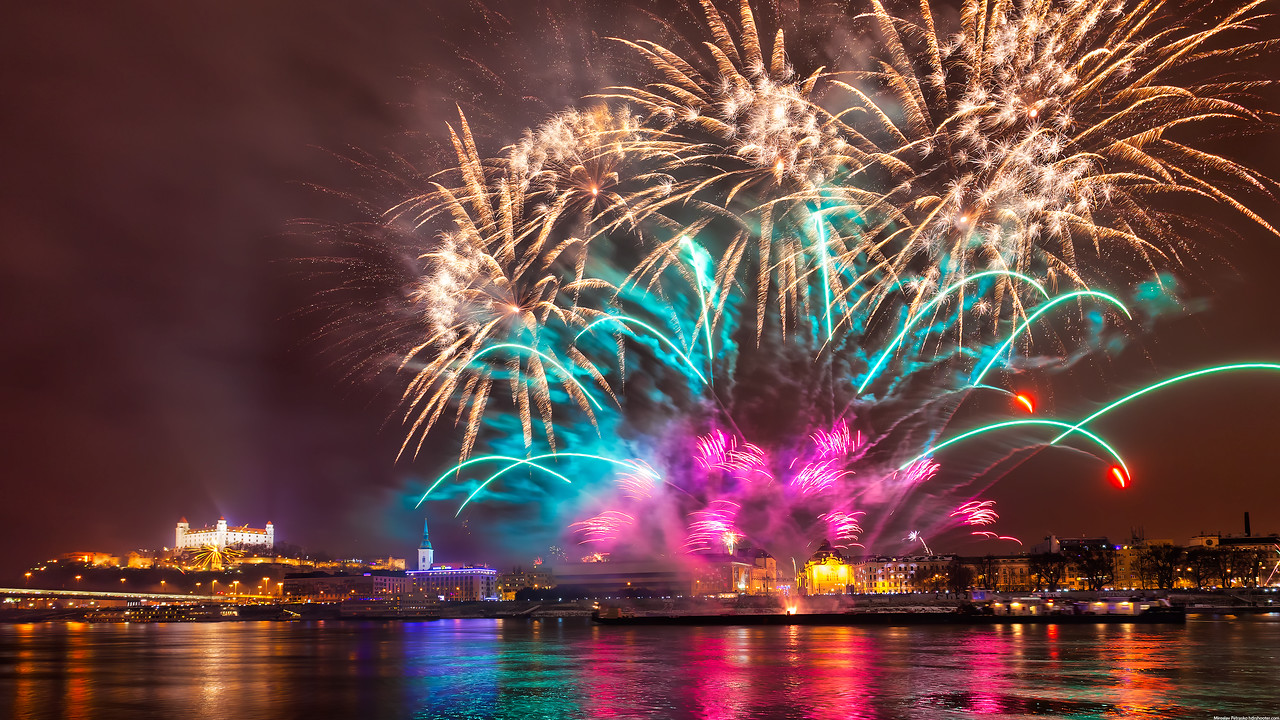 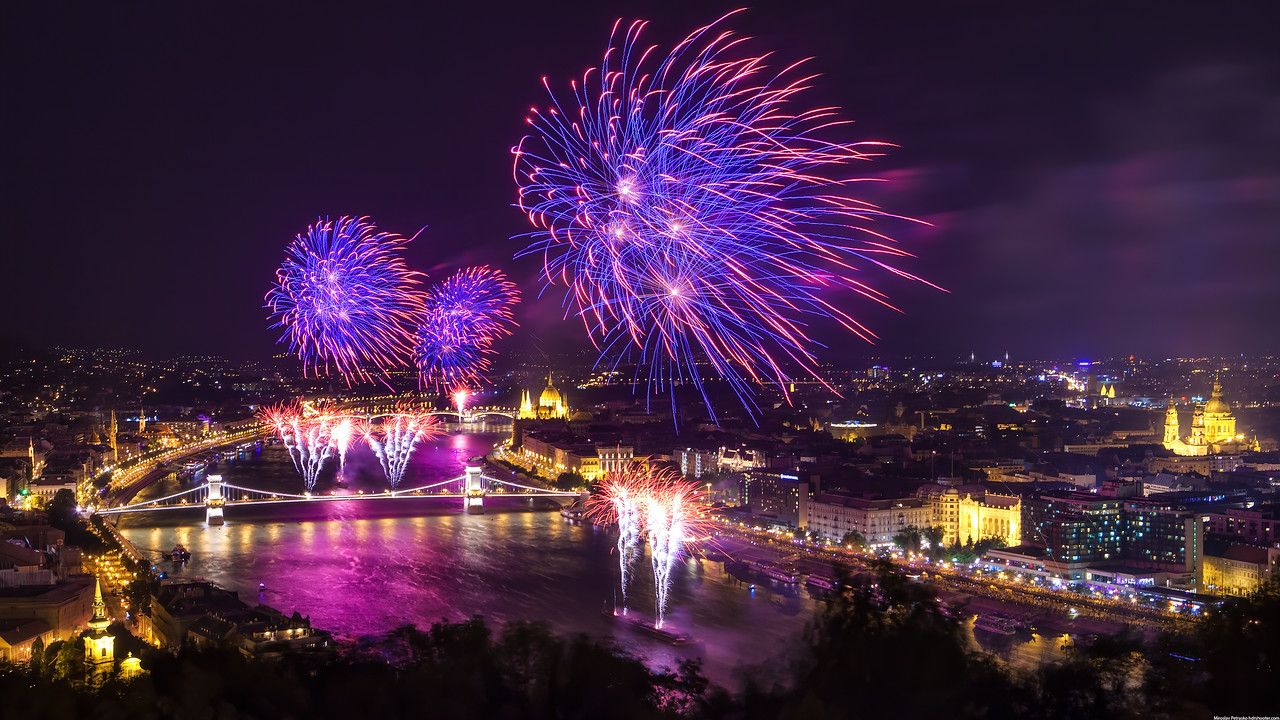 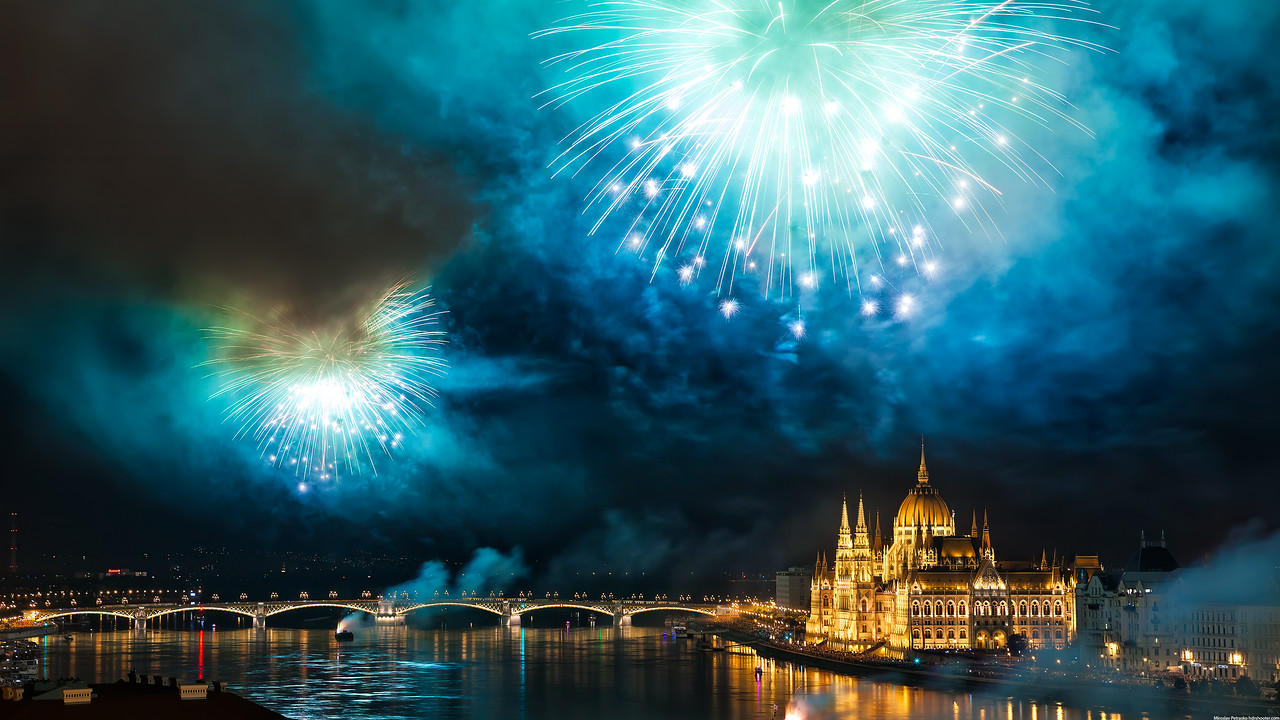 I almost called this taking photos through windows, but then I realized, even walls can be made of glass :). You probably had this experience. You are at a place with a great view, but there is a glass wall or window in front of you. And all your photos have all these ugly reflections visible in them. I hate those, and I think you too. So what to do? Today I will share with you a few tips on what to do and how to get better photos through glass.

Get better photos through glass

If the window or wall is double glass, with space between, you are mostly out of luck. A lot of things just don’t work in that case. You can try all these tips then.  But if there is a gap between the glass, there will always be a reflection there. Turning off lights and shading as many areas as you can works the best here, but don’t expect great results.

Btw. the photos in this post were taken through glass walls, both with the help of the Lenskirt. 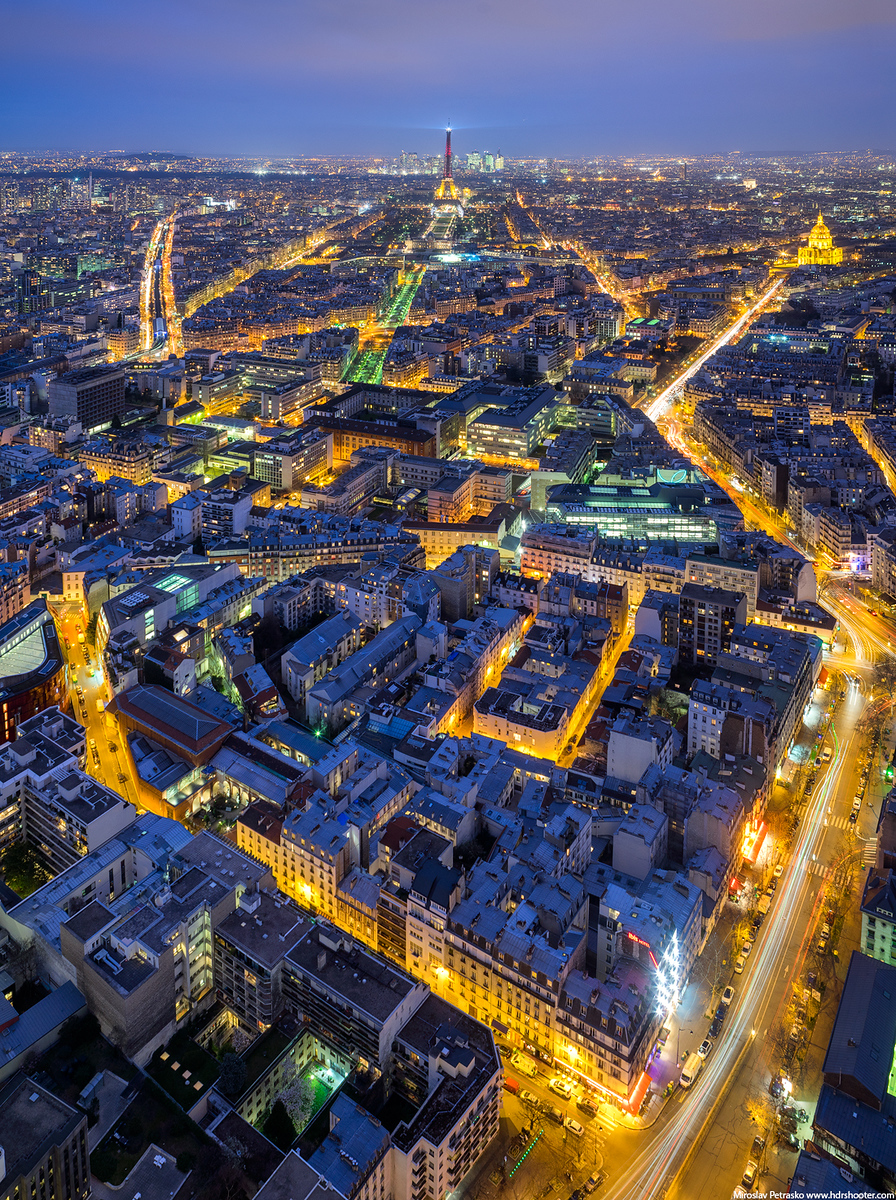 Over the last few weeks, I have been posting about Luminosity selections and masks. Today I will expand on the topic again, but going into how to blend images using luminosity selections. If you understood the previous articles on this, you should be able to understand how it works really quickly and be able to use it right away.

But before I start, I will presume that you have checked out the previous articles on luminosity selections and are familiar with what they are and how to create them. I will not be going into the things I already explained there.

The process here is almost exactly the same as when you are editing photos using luminosity selections. So as in the last article let’s take an example to show you how it’s done. I will be blending these three exposures here. 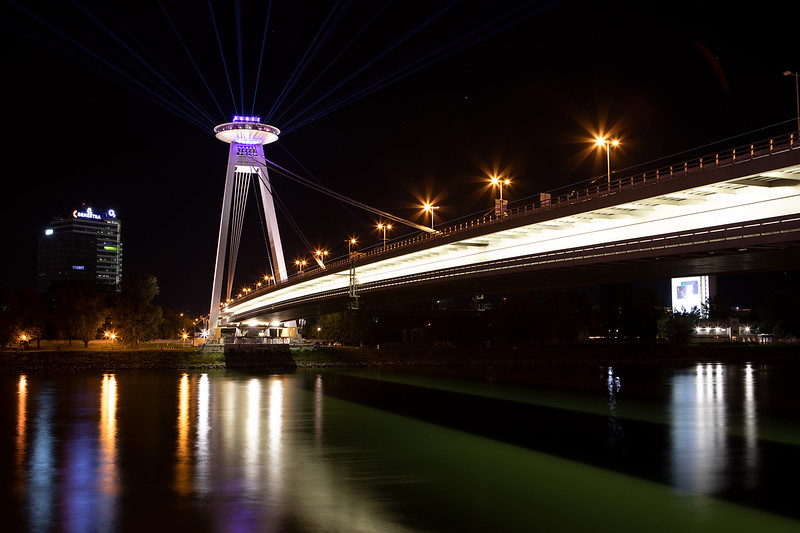 We will start again with a photo, for which we created the Bright 1 to 4 selections and Dark 1 to 4 selections. Additionally to that, I will put the brighter exposure and darker exposure on separate layers, both hidden (they have to be hidden when you create the luminosity selections, or else they will be made from them not the base image).

So what’s our goal here? If you look at the image, you will see some areas that are too bright and some that are too dark. The goal here is to brighten the dark areas by using the overexposed photo and darken the bright areas using the underexposed photo. You could look at it as if you cut up the photo into puzzle pieces and then put together a new one using all the best pieces from all the exposures. Let’s start.

Blending in the dark areas 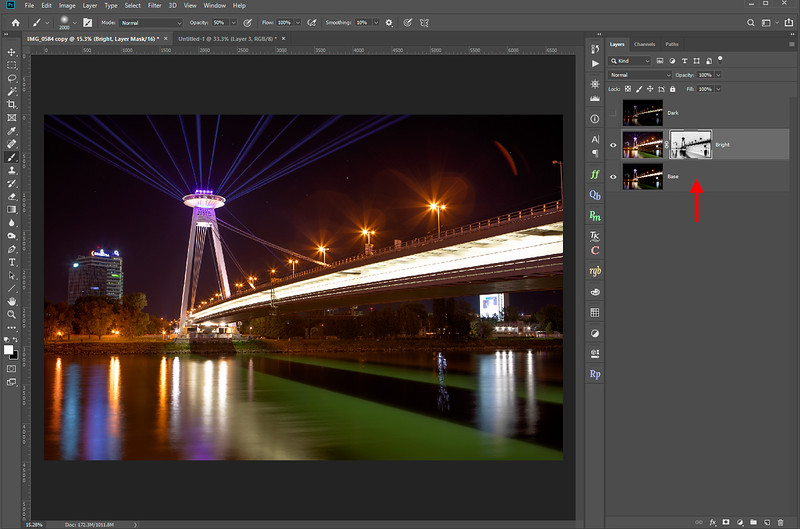 Blending in the bright areas 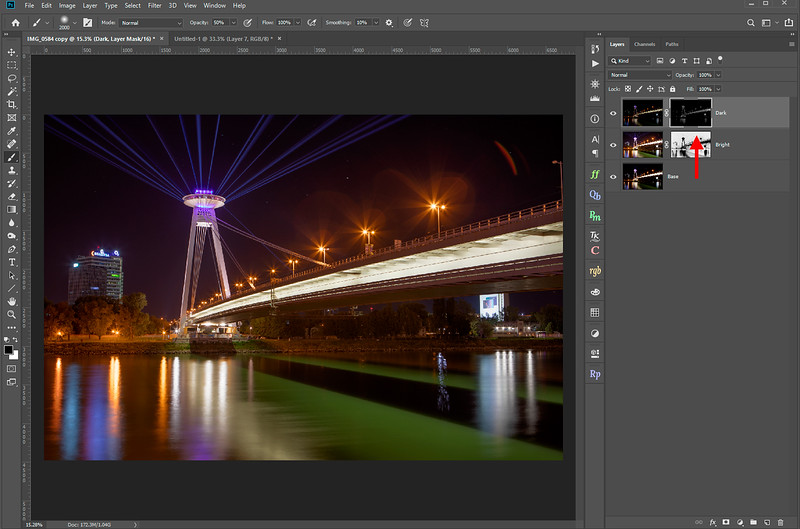 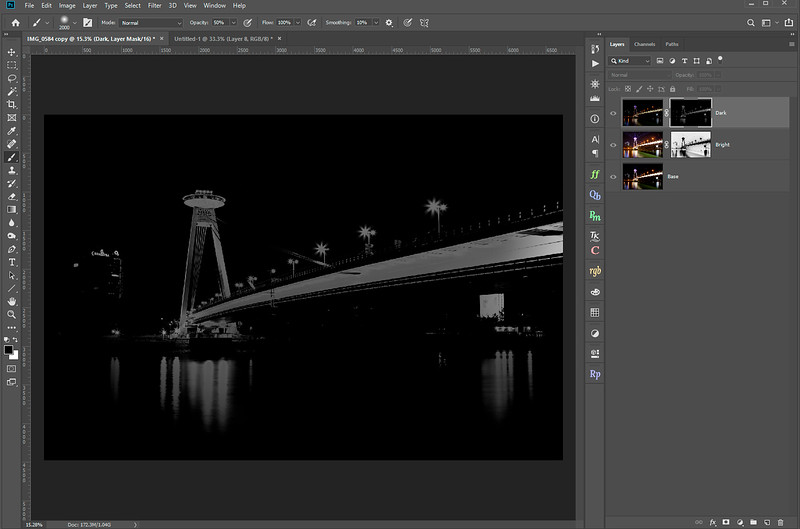 And we end up with a photo that has the dark areas brightened and the bright areas darkened. Of course, this is not the finished photo. There are still thing one would have to correct, mostly the contrast. As I mentioned with the other edits, contrast is lost anytime you work with bright and dark areas of a photo.

This explains the basics of blending. If you need to blend more exposures, you do the exact same thing. You choose the base you want to work with and blend other exposures into it as I showed here. The only difference is, that you have to recreate your selections. As they are created from the base layer, once you blended in something into the base layer, they will no longer be as accurate as you need them to be.

So if I had a photo taken at 0EV, and I blend in a -1EV exposures to darken the highlights, I would have to create new selections if I wanted to blend in the -2EV photo to darken them even more. This is where Photoshop extensions like Raya pro and TK actions make the whole process much easier.

This was supposed to be the last article on Luminosity selections, but I will do one more, on the concept of matching exposures. Stay tuned :)

I take at least 95% of my photos with a tripod. Over time I just got so used to be able to use any exposure I need, just by having one. The resulting photos are so much better, and since I’m also forced to set up the tripod, I tend to get better composition in the end. But there are of course instances where this is not possible. There are more and more places where one can no longer use a tripod. Or you don’t have one available. Maybe it’s because the airline lost your luggage (like happened to me) or something similar.

So how does one get a nice photo in those occasions, where you just have to shoot handheld. Today I will share with you few tips for that. Also, if you have a steel grip, and you can hold a few second shot handheld without problems, this is not for you :)

This one is one of the very few photos I took without a tripod. Here I pout the camera on wall, and hold it down to keep steady.